Patients and physicians alike approved of the overall design of the tool, which aided patients in identifying preventive services featured in the study.

A new, randomized clinical trial examined the feasibility and acceptability of a decision-making tool made for increasing patient interest in individualized recommendation for preventative care services.

The team, led by Glen Taksler, PhD, Internal Medicine and Geriatrics, Cleveland Clinic, wrote that preventable risk factors had contributed to an estimated 61% of US death back in 2019.

As such, the investigators conducted a pilot study that evaluated the potentila of an individualized decision tool to help patients and physicians alike better understand the benefits of major, US Preventive Services Task Force (USPSTF)-recommended preventive services.

The pilot study was based on a previously published mathematical model that individualized preventive care recommendations.

The model measured change in life expectancy associated with guideline adherence to each of 25 preventive services that were rate A or B by the USPSTF and management of 6 closely related asymptomatic conditions including hypertension, diabetes, and more.

The pilot study was comprised of 2 phases: namely, development and a non-masked randomized clinical trial (RCT).

A patient-physician advisory panel convened for 6 meetings during the development stage to review aspects of the tool such as visual design and shared decision-making.

Investigators enrolled a total of 104 patients, 101 of which were included for analysis. Additionally, 20 physicians were chosen to participate in the study.

Investigators reported that in the early weeks of the study, patients and physicians alike found the visual aid too long, and thus the team reduced the length from 8 pages to 1.

The results from the randomized clinical trial featured in the study showed that patients were eligible for a median of 6 preventive strategies.

Overall, intervention patients had strongly favorable impressions of the decision tool, which represented the primary outcome established for the study.

Regarding secondary outcomes, patients in the intervention group reported greater use of shared decision-making than those in the control group, although the result was not statistically significant. They also reported plans to prioritize top-ranked services.

Out of the 20 physicians featured in the study, 19 wanted to continue use of the decision tool for the future, findings the intervention to be “impactful, compelling, desirable, and helpful”.

The study, “Effect of Individualized Preventive Care Recommendations vs Usual Care on Patient Interest and Use of Recommendations A Pilot Randomized Clinical Trial,” was published online in JAMA Open Network. 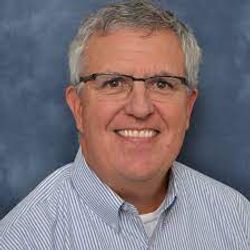 How Evolving Psychiatric Definitions Set the Tone for Care