Prisoner Release in CA Is Relevant to Psychiatry How?

What's the psychiatry connection with a California district court case on prison overcrowding?

I'm going to briefly interrupt In Treatment to post a link to a recent U.S. Supreme Court case. In California, the U.S. district court has ordered that tens of thousands of prisoners be released to reduce overcrowding. The case, Schwarzenegger v. Plata, was argued this past Tuesday and the transcript is up online here. This is relevant to a psychiatry blog because one of the arguments used in support of the releases is the contention that overcrowded facilities reduce access to mental health and medical services and that overcrowding causes mental deterioration and breakdown. The APA filed an amicus brief in the case, but the brief isn't available online yet. (Keep an eye out for it here.)

The challenge with this case is that there is no (or extremely little) actual research to support the link between overcrowding and psychological problems. Correctional systems have spent a lot of time litigating issues---and experts make a fair amount of money working on these cases---without actual data. For example, for decades people have just accepted the notion that solitary confinement causes mental deterioration in spite of the fact that there were no controlled trials to investigate this. The Colorado DOC recently published a landmark case looking at the effects of disciplinary segregation using two control groups, and found that the condition of mentally ill prisoners actually improves in segregation. (The study is entitled "One Year Longitudinal Study of the Psychological Effects of Administrative Segregation" and I can't find it online yet, although I do have a pdf of the report for distribution.)

I think it's a good thing to reduce overcrowded facilities, but justification should be based on what you know, not what you think you know.

Addendum: I'm wading through the transcript now. I had to laugh when I reached page 18 and Justice Ginsburg's comment, "The class (prisoners) wants to have clinics. They want to have personnel who function someplace outside of a broom closet." 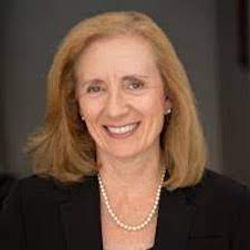