Patients with dementias also had higher levels of NA-OXS, as did psychotic and bipolar disorders.

Research shows nucleic acid damage from oxidative stress could be a molecular mechanism leading to increased morbidity and mortality from somatic causes in adult patients with psychiatric disorders.

“The predefined hypothesis was that individuals with psychiatric disorders have increased NA-OXS levels,” the authors wrote.

In the study, the investigators searched various databases from inception to November 16, 2021, while also conducting a hand search of reference lists of relevant articles. Participants in the study were adults with measurements of any marker of DNA or RNA damage from oxidative stress, and either a cross-sectional design comparing patients with any diagnosis of psychiatric disorders with a control group or a prospective intervention.

The investigators synthesized data with random-effects and multi-level meta-analyses.

The analyses were divided into combinations of biological matrices and nucleic acids.

Overall, there were 82 studies included in the analyses, with a total of 205 patient vs control group comparisons, as well as 10,151 patient and 10,532 control observations.

The analysis found patients with psychiatric disorders had higher NA-OXS levels compared to the control patients across matrices and molecules.

Patients with dementias also had higher levels of NA-OXS, as did psychotic and bipolar disorders.

After conducting a sensitivity analyses excluding low-quality studies, the investigators observed the results were not materially altered.

Also, intervention studies were few and too heterogenous for meaningful meta-analysis.

The study, “Association of Oxidative Stress–Induced Nucleic Acid Damage With Psychiatric Disorders in Adults,” was published online in JAMA Psychiatry. 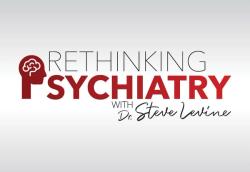