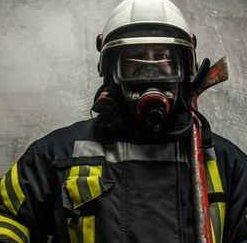 First responders to the September 11, 2001 attacks should be covered for neuropathy under the Zadroga 9/11 Health & Compensation Act, according to local media outlets

After a study conducted at Long Island’s Winthrop University Hospital found that the rate of neuropathy is about 15 times higher than normal neuropathy rate for first responders who were exposed to Ground Zero — about 1500% higher than average.

“We were able to get a hold of some of the World Trade Center dust and do an experiment; a direct application of the dust to animal nerves,” Marc Wilkenfeld, MD, chief of the Division of Occupational and Environmental Medicine, told 1010 WINS. “And we found that it affected nerve transmission, which went along with the patients’ symptoms that we were seeing.”

A spokesperson for the Centers for Disease Control and Prevention told NBC 4 New York that the addition is being considered.

Right now, the federal government does not consider neuropathy a World Trade Center related condition, Wilkenfeld added. However, there is precedent for adding conditions to the Act. Wilkenfeld explained that cancer was not initially covered, but was added later. Similarly, prostate cancer was not included, but was added later. He believes that there is enough scientific evidence to justify adding the condition.

And in late 2015, Congress passed an updated version of the Zadroga Act to extend coverage through the year 2090. New York Governor Andrew Cuomo called it “a long-overdue victory for the more than 56,000 9/11 responders and survivors in New York State today.”

The Act, named for first responder James Zadroga who died after working at Ground Zero, was passed in 2010. The health benefits were set to expire in the fall, but after garnering much attention — including from comedian Jon Stewart – the benefits were extended to include federal health monitoring and treatment for 75 more years.

In May 2015, MD Magazine reported that first responders to the 9/11 attacks had an increased risk for developing rheumatoid arthritis.