Quality of Life and Future Outlook of Hemophilia Treatment

Peter L. Salgo, MD: The object here is to prevent bleeding in the first place, that’s what you said early on.

Peter L. Salgo, MD: If you get that done, then all these other things become moot, whether it’s the painkillers, the antiplatelet drugs, the joint replacement surgery, or the infections in these joints. Going forward, into the future, do you see that on a horizon?

Christopher E. Walsh, MD, PhD: Gene therapy is here and in the works in clinical trials for hemophilia A and B, and the results are little less than amazing.

Peter L. Salgo, MD: I never had a discussion with somebody treating hemophilia who was really all that hopeful. It was OK, but their lives—the patients’ lives—were never great. But here, I’m hearing, “Gee, maybe give them an injection once a month right now with these chemicals, and they can go on. They’re not going to bleed very much, maybe not at all, and they’ll go on and live a normal life.” Is that what I’m hearing?

Christopher E. Walsh, MD, PhD: There’s that, but it’s even more than that. Now it’s an injection, a virus, that lasts. It infects your liver and deposits a gene that continuously makes factor VIII or IX all the time. No IVs [intravenous infusions], no nothing. Factor is there all the time, so patients don’t bleed. The fact that the virus sets up shop and lasts—we don’t know for how long, but we do know it’s a period of years. Whether it’s lifelong is probably unlikely, but it lasts for a long time.

Peter L. Salgo, MD: That’s very interesting because this is the holy grail. You’ve got a genomic issue, so change the genome. That does raise a question, to me. If you’re now making a lot of factor VIII on your own, will you get inhibitors the same way you did with the artificial factor VIII?

Christopher E. Walsh, MD, PhD: You ask a salient question. The patients who have been chosen for clinical studies have already received numerous infusions. We know statistically they will not develop an inhibitor. However, you don’t know what’s going to happen when you use this genetic therapy approach. Actually, other colleagues and I have argued that you could use gene therapy to blunt or block inhibitors in the first place. That answer, as far as we know right now with the patients who have been on clinical trials, is that the best selection of patients has occurred and no inhibitors have been seen in that setting.

Peter L. Salgo, MD: I was listening to you earlier, and you said that these patients die—and you used the present tense—in their second decade. That’s no longer the case.

Christopher E. Walsh, MD, PhD: No, no, that was back in the day, before these purified factors were available. Now, mortality is akin to any normal individual.

Peter L. Salgo, MD: But there are 2 things to consider when you look at mortality. You’ve got to look at quality of life and morbidity. I’ve worked in an ICU [intensive care unit] and I can keep blood pressure and temperatures going for quite a while, but that doesn’t mean that it’s a good life. In this case, are we improving not only longevity but the quality of the life that we’re giving people?

Christopher E. Walsh, MD, PhD: That remains to be seen with this new drug. Many of my patients who have been on factor prophylaxis still have a number of what are called ‘target joints’, or repetitive bleeds of the same joint to the extent where the joint is damaged and not functional. They will rip through joints individually, and I’ve seen this when they’re not on prophylaxis. You put them on prophylaxis so you do don’t see that, but most of our patients, the adult patients, have 1 or more joints that are really not functional. The hope is with these newer drugs, that won’t be the case.

Peter L. Salgo, MD: Is this going to shift the whole paradigm? Is everybody eventually going to be on one of these biologic therapies?

Robert F. Sidonio Jr, MD, MSc: Yes. This is great because it sends a signal to the pharmaceutical companies that we want something different; the standard of care is not acceptable. Other companies are developing similar drugs that use subcutaneous routes. Obviously, the big thing is if we can get to gene therapy as well, because some people think that this is a bridge to gene therapy. In the next 5 years, it will probably be a reality in hemophilia. It’s exciting.

Peter L. Salgo, MD: I understand gene therapy, what you’re talking about. You put the genome in a virus and let the virus chew into the liver. You say, “Hello liver, please take factor VIII.”

Robert F. Sidonio Jr, MD, MSc: There was that concern early on.

Robert F. Sidonio Jr, MD, MSc: No, no, everyone worries about that. You’re introducing something from somewhere else and it has different modifications. That’s a big concern, right? You can’t turn it off, right? Once it goes in there, maybe it will cause a reaction. But we haven’t seen that because these are patients over age 18, and they’ve gotten hundreds of doses. Typically, once you get about 40 or 50 doses, your body just lets them pass by. It ignores the factor VIII. We haven’t seen that issue, but obviously they’re watching that very closely and that’s why the trials are still only patients 18 years or older.

Peter L. Salgo, MD: The biologics, or the genomic biologics, have been fraught with missteps.

Robert F. Sidonio Jr, MD, MSc: Yes. There have been missteps, and that’s led to significant delays in the development of these drugs, typically in some other disease states.

Robert F. Sidonio Jr, MD, MSc: But so far, we haven’t seen those issues in hemophilia. Right now, we want 1% to 2%, and everyone is jumping up for joy. We got the level to 1%, and now some of the new companies are aiming towards 30%, 40%, or 50%. They’re thinking that we want to normalize their factor levels. If you talk to some of the patients who have taken this they say, “I don’t think about hemophilia when I wake up in the morning.” It’s just an amazing thing. It goes back to quality of life. You can’t replace that. That’s just an amazing feeling for them.

Peter L. Salgo, MD: What about quality of life? We keep coming back to that.

Peter L. Salgo, MD: I’ll take this off the table, we stop the bleeding, we’re done. What are the things that need to be addressed right now, given the current state of affairs in terms of the quality of life?

Christopher E. Walsh, MD, PhD: Given the current state, we have assembled a group of patients who live normal life expectancy but have damaged joints. Apart from replacing the joint to really get rid of the pain, we have not done a very good job with that. That’s a major issue. Or, we work on tissue repair rather than replacement. Rather than taking a knee out, we put in artificial cartilage or something. That does not exist now, but it would be nice if we had that. There’s really not much emphasis on that right now, which is a shame.

Peter L. Salgo, MD: How does it make you feel as a clinician, being in this field?

Robert F. Sidonio Jr, MD, MSc: I feel like we’re ushering in a new golden age of hemophilia care, and I’ve only been in this field for about 8 or 9 years. In the beginning of my career, there was really not much new going on and I was looking at it with fresh eyes. I would look and say, “We’re doing stuff that they did 10 or 15 years ago. Why isn’t there something better?” People in the field would say, “Well, that’s what we have. That’s all we got, sorry.” I just kept thinking, “This is unacceptable, we need to do a better job of managing these patients.” It’s not enough to just manage them, we want to get as close to a normal life as we can. With these new therapies, I think they can get there. 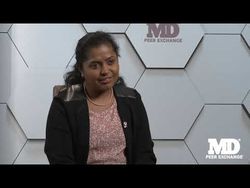 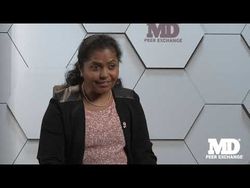