A recent study highlighted disparities in patient-reported healthcare quality between racial and ethnic groups for patients 65 years or older with Alzheimer’s disease and related dementias (ADRD).

The disparities between groups were observed by the study’s investigators in the Consumer Assessment of Healthcare Providers and Systems (CAHPS), a system designed to evaluate patients’ and their caregivers’ satisfaction with their clinicians.

Around 5 million US residents are believed to have ADRD and the number is expected to rise to 13.9 million residents in less than 40 years. Additionally, dementia incidence is estimated to be twice as high in Black older adults as White, and 1.5 times as high for Hispanics.

The study, led by Asmaa Albaroudi, MSG, and Jie Chen, PhD, sought to examine the differences between racial groups’ reported experiences with their physicians. They hypothesized that ADRD patients belonging to racial and ethnic minority groups, on average, scored lower on CAHPS than their White counterparts.

“Patients with limited English ability may encounter barriers when attempting to engage,” Albaroudi and colleagues wrote. “Separately, factors such as cultural preferences may impact the ideal care setting for persons with ADRD. Hence, we further hypothesized that the differences between CAHPS by race and ethnicity, if any, might reflect variations of SDOH and cultural preferences.”

The investigators used a cross-sectional study that assessed patients with ADRD who were also enrolled in Medicare Shared Savings Program (MSSP) Accountable Care Organizations (ACOs), primarily due to data availability. Both the beneficiary-level ACO data and the 2017 Medicare Beneficiary Summary File were used as the primary data sets.

The researchers’ limited their inclusion criteria to both community-based beneficiaries diagnosed with ADRD and those 65 years-and-older. The team assessed their data collected from November 2021 to July 2022. A total of 6 ACO CAHPS data points were used to create an overall index for study participants:

The investigators also included information such as zip code level percentages of residents with high school degrees and higher, poverty levels, demographics, and indicators of whether counties were mental health shortage areas.

“Results suggested the urgent need to understand the factors that contributed to such disparities,” they wrote. “Policy initiatives targeting the structural factors, such as payment reform and care coordination, might be useful to improve CAHPS for racial and ethnic minority patients with ADRD, a population that has faced SRD during their life courses.”

This study, “Consumer Assessment of Healthcare Providers and Systems Among Racial and Ethnic Minority Patients With Alzheimer Disease and Related Dementias,” was published online on JAMA Network Open. 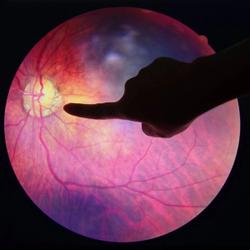 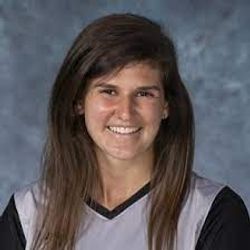