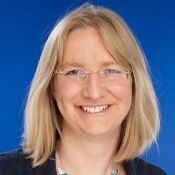 Real-time continuous glucose monitoring (CGM) of preterm infants may help reduce exposure to prolonged or severe hyperglycemia and hypoglycemia, according to findings from a new study.

“Continuous glucose monitoring is widely used in adults and children with diabetes to improve glucose control, but has not been approved for use in neonates,” wrote the study investigators.

Led by Kathryn Beardsall, MD, Department of Pediatrics, University of Cambridge, UK, the international, open-label, randomized controlled trial was conducted across 13 neonatal intensive care centers in the UK, Spain, and the Netherlands.

They included infants who were born within 24 hours, had a birthweight of ≤1200 g, and a gestational age of 33 weeks plus 6 days.

However, 70 in the real-time CGM cohort and 85 in the standard of care cohort had CGM data that were included in the analysis.

The primary outcome sought by the investigators was the proportion of time sensor glucose concentration between 2.6-10 mmol/L for the first week of life.

"Clinical staff were advised to read and record the sensor glucose data hourly and were provided with a specifically designed guideline to aid the management of glucose control on the basis of the CGM data," the Beardsall and colleagues wrote in reference to the intervention group.

"This included modification of the rate of dextrose infusion or use of supplementary insulin." they continued.

They also indicated that 15% of infants in the standard of care group were exposed to at least 1 episode of sensor glucose concentration of <2.6 mmol/L for more than 1 hour—compared with 6% (4 of 70) in the intervention group.

Additionally, the team noted no serious adverse events or infections that were related to the use of the CGM device.

“This study supports previous single-center studies using real-time CGM in newborn infants but is unique in allowing clinicians to use the CGM data to optimize nutritional delivery as well as providing guidance on using insulin,” the team wrote.

Beardsall and colleagues acknowledged that their study was not powered enough the show the clinical effect of the difference in hyperglycemia.

Furthermore, they suggested that the trial intervention placed an increased burden on clinical nursing and staff, considering their requirement to learn new technology and to act on the data (and modify neonatal care) in a time-sensitive manner. As such, this may be a consideration in implementation of the technology.

“In summary, the use of CGM allowed earlier detection of and prevention of exposure to the extremes of both hypoglycemia and hyperglycemia in preterm infants,” the investigators concluded. “Lessons learnt during the trial will support advances in CGM for these babies.”