Researchers Discover Actual Cause of GERD

Gastroesophageal reflux disease (GERD) has long been thought to result from built up stomach acid damaging the lining of the esophagus. 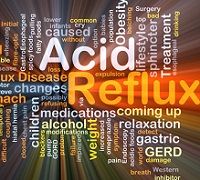 Gastroesophageal reflux disease (GERD) has long been thought to result from built up stomach acid damaging the lining of the esophagus.

However, almost 80 years after that initial hypothesis, researchers at the University of Texas Southwestern Medical Center and Dallas VA Medical Center discovered that GERD is actually an inflammatory response triggered by the secretion of proteins called cytokines.

Researchers analyzed patients who suffered an injury to the lining of their esophagus (reflux esophagitis) and were successfully treated with proton pump inhibitors (PPIs).

The research team believed GERD might redevelop if the PPIs were stopped, which would actually allow them to better observe the early stages of the disease.

Their analyses showed that 11 of 12 patients afflicted with reflux esophagitis experienced a recurrence of changes to the esophagus after the PPIs were stopped. However, the changes were inconsistent with chemical burns.

Comparing to prior studies in mice models, the researchers believed the findings reinforced this novel idea that refluxed stomach acid stimulated the esophagus to produce cytokines, and thus beginning the inflammation process — ultimately altering treatment methods.

Senior study author Stuart Spechler, MD, UT Southwestern, remarked in a news release, “Although this radical change in the concept of how acid reflux damages the esophagus of GERD will not change our approach to its treatment with acid-suppressing medications in the near future, it could have substantial long-term implications.”

It’s important for physicians to have an accurate understanding of the underlying mechanisms of any disease — especially one as common as GERD that affects up to 20% of Americans. According to Spechler, this study could pave the way for novel GERD treatments.

Rhonda Souza, MD, co-study author, UT Southwestern, concluded, “Someday we might treat GERD with medications that target the cytokines or inflammatory cells that really cause the damage to the esophagus.”