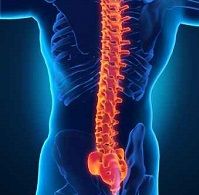 A new study shows that a robotic exoskeleton device may be able to help people with spinal cord injury (SCI) learn to walk again. Published in BMC Neurology on January 28, 2016, the study was conducted by Patrizio Sale, MD, PhD, of the Department of Neurorehabilitation at San Camillo Hospital IRCCS in Rome, Italy, and colleagues.

The researchers describe their study as “a pilot single case experimental A-B (pre - post) design study.” There were only three participants, who were cognitively intact but had gait disorders. Each of the participants underwent 20 daily robot walking sessions, with each session lasting 45 minutes.

The goal of rehabilitation for patients with SCI is to recover “the highest possible level of autonomy and functioning” according to the researchers. Limited mobility is often a factor in quality of life and poor health for people with SCI. Wheelchairs can provide a certain amount of mobility for SCI patients, but, the researchers say, “terrain and space restrictions often limit the practicality of a vehicle and require the versatility of legged locomotion.”

During the last five years, scientists have developed exoskeletons especially for SCI patients who lack lower body mobility. The authors describe them as having “joints matching the patient’s lower limb joints and motors that drive movements over these joints to assist leg movements.” This study used the EKSO, which is, according to the study authors, “a wearable bionic suit.”

The training sessions were individually tailored to each participant, but all included “learning to sit-to-stand, standing activities within parallel bars, stand-sit transfers, standing balance and stepping skills,” said the researchers. Crutches were used as the participants learned balance, and other skills such as step triggering, foot clearance, and stopping were also included.

The researchers reported that “all participants improved significantly on functional outcomes, and spatiotemporal measures after 20 sessions of training.” All of the participants were able to complete the full 20 sessions, and there were no side effects. Given the results, the researchers suggest that their findings provide evidence to support “the use of a wearable robot therapy in the recovery and improvement of mobility” according to the conclusion of the article.