Scabies Control: Ivermectin Is a Winner 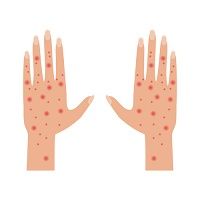 Researchers have found that administering ivermectin to an entire population is an effective way to reduce scabies and impetigo. Andrew Steer, PhD, of the Center for International Child Health at the Royal Children’s Hospital in Victoria, Australia, and colleagues conducted a study “to strengthen the evidence base for mass drug administration for scabies control.” The results of their investigation were published in the New England Journal of Medicine on December 10, 2015.

Scabies makes people scratch, which in turn makes them susceptible to impetigo. Impetigo can lead to septicemia, glomerulonephritis, and rheumatic heart disease. Although there are effective treatments for scabies, reinfestation can easily occur in “regions where the pathogen is endemic,” according to the researchers. Mass administration of either permethrin or ivermectin to whole communities may be the best method of protecting people from scabies.

According to the researchers “The primary outcome was the change in the prevalence of scabies and of impetigo from baseline to 12 months.” Adverse events were classified as serious if they were life-threatening, led to hospitalization or resulted in either persistent or substantial disability.

Despite the fact that this study has some limitations, the results support “the mass administration of ivermectin for scabies control.” The researches suggest that “effectiveness must now be evaluated beyond island settings and in larger populations.”