A new sensor is being developed that might help alleviate the process of regulating and monitoring high blood pressure.

High blood pressure is not only very dangerous; it is often tedious to regulate and requires monitoring over long periods before improvements can be made. However, a new sensor being developed by Fraunhofer researchers, together with the company Dr. Osypka GmbH and other partners, might help alleviate the process. The sensor has been developed through a program called Hyper-IMS (Intravascular Monitoring System for Hypertension Patients) and is being funded by BMBF .

Dr. Hoc Khiem Trieu of the Fraunhofer Institute for Microelectronic Circuits and Systems (IMS) in Duisburg explained how the sensor works. “A doctor introduces the pressure sensor directly into the femoral artery in the groin,” he said. “The sensor, which has a diameter of about one millimeter including its casing, measures the patient’s blood pressure 30 times per second. It is connected via a flexible micro-cable to a transponder unit, which is likewise implanted in the groin under the skin. This unit digitizes and encodes the data coming from the micro-sensor and transmits them to an external reading device that patients can wear like a cell phone on their belt. From there, the readings can be forwarded to a monitoring station and analyzed by the doctor.”

This is not the first time implantable pressure sensors have been used in medicine. In fact, they have been known to monitor patients who are suffering from cardiac insufficiency. There are also similar sensors in development that are meant to monitor glucose for diabetic patients.

What are your thoughts on using implantable sensors in medicine? 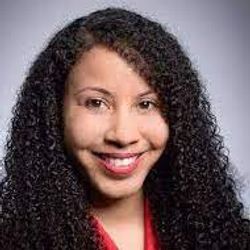