Socially active people in the their 50s and 60s have a lower risk of developing dementia, according to a new study. 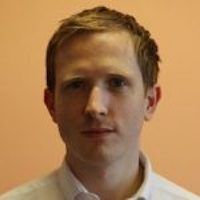 An investigative team from the University College London, led by Andrew Sommerlad, PhD, found the risk of developing dementia was lower for those who were more socially active in their 50s and 60s, after conducting a retrospective analysis of 10,228 participants in the Whitehall II longitudinal prospective cohort study.

“This study adds another potential route by which people may be able to reduce their dementia risk,” Sommerlad said in an interview with MD Magazine®. “When we see people in clinic who are concerned about their memory and seeking advice on how to maintain cognitive function, it is appropriate to encourage more social activity, especially considering the general health benefits of social activity.”

In the original study, investigators measured social contact 6 times from 1985-2013 through a self-report questionnaire about the frequency of contact with non-cohabiting relatives and friends.

The dementia status was obtained through 3 linked clinical and mortality databases, while cognition was assessed 5 times from 1997-2016 using verbal memory, verbal fluency, and reasoning tests. The participants were also followed through electronic health records until 2017 to ascertain dementia diagnosis.

Using Cox regression models, the team examined the association between social contact at 50, 60, and 70 years old and subsequent incident dementia. They also used mixed linear models to connect midlife social contact between 45 and 55 year olds and cognitive trajectory during the subsequent 14 years.

Co-author Archana Singh-Manoux, PhD, explained in an interview with MD Mag that the results are not surprising when placed in context of past findings on cognitive reserve.

“Those with high cognitive reserve (assessed by proxies such as education, etc.) have lower risk of dementia, this finding has been replicated many times,” she said. “We are first to show the same result with social contact, which is potentially modifiable (when compared to years of education).”

Social contact has long been seen as a potential target in delaying or preventing dementia, but observational studies frequently include short follow-ups, making the findings susceptible to reverse causation bias.

“Other studies finding association between limited social activity and dementia risk have typically had short follow-up of around 3 years, so we undertook this study because we thought it likely that reverse causation underpinned this evidence,” Sommerlad said. “We were therefore surprised that this association held even with 28 years follow-up.”

The study shows a protective effect of social contact against dementia and more frequent contact confers higher cognitive reserve and future intervention studies should look at whether improving social contact frequency is feasible, acceptable, and efficacious in changing cognitive outcomes.

Sommerlad said the team plans to replicate the study in another European observational cohort study to check the generalizability of the findings.

The study, “Association of social contact with dementia and cognition: 28-year follow-up of the Whitehall II cohort study,” was published online in PLOS Medicine.