Recent qualitative studies found social isolation in patients with IBD is 1 of the main obstacles to leading a normal life.

The negative consequence of social isolation is fairly well known, but new data show patients with inflammatory bowel disease (IBD) who are socially isolated are at an increased risk of premature mortality.

A team, led by Jie Chen, Department of Gastroenterology, The Third Xiangya Hospital of Central South University, examined the joint association of social isolation and IBD with premature deaths.

However, this information thus far is largely limited to qualitative studies that could capture patients more prone to social isolation because of disease-related stress, negative perception of social support, lack of public awareness, and surrounding stigma.

“Patients with IBD are known to have distressing and severe physical symptoms such as abdominal pain, diarrhea, fecal urgency, weight loss, and rectal bleeding,” the authors wrote. “These can cause emotional and social stress that persists even during remission periods, contributing to the deterioration of the quality of life.”

In the longitudinal cohort study, the investigators identified the data of 486,014 patients from the UK Biobank, including 5791 individuals with IBD. There was a mean follow-up of 11.84 years with 32,390 incident cases of all-cause mortality documented. The mean age of the patient population was 56.5 years.

Each patient’s IBD diagnosis and subtype was confirmed using a combination of self-reporting, primary care, and hospital admission data. The investigators also measured social isolation by the frequency of meeting family and friends, leisure and social activity, and communal or solitary living.

Subgroup and sensitivity data analyses were consistent from the data from the primary analysis.

“Patients with IBD, especially CD, are more likely to be affected when socially isolated, associating with a higher risk of early death in patients with CD,” the authors wrote. “Therefore, social isolation merits attention, and targeted social support strategies and interventions ought to be devised.”

The study, “Associations between inflammatory bowel disease, social isolation, and mortality: evidence from a longitudinal cohort study,” was published online in Therapeutic Advances in Gastroenterology. 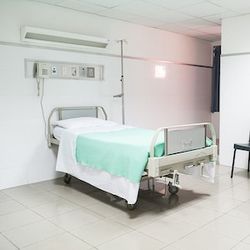