Sorting Out the Repercussions of Gender Dysphoria

Gender dysphoria--a discrepancy between an individual's anatomic sex assigned at birth and the gender he or she identifies with--creates considerable internal distress. Affected individuals report strong desires to live as their preferred gender. 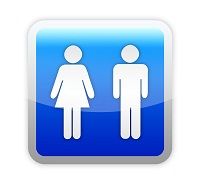 Gender dysphoria--a discrepancy between an individual's anatomic sex assigned at birth and the gender he or she identifies with--creates considerable internal distress. Affected individuals report strong desires to live as their preferred gender. Historically, medicine considered this a mental disorder. Today, experts believe that gender dysphoria results from a variety of biologic, environmental, psychosocial, and cultural factors. This topic is in the news often lately, as greater societal acceptance has allowed an increasing number of adolescents to openly identify as transgender. Many are seeking pubertal suppression, cross-sex hormones, and sex reassignment surgery.

Epidemiologists believe that 0.002 to 0.0003% of adult natal males and 0.005 to 0.014% of natal adult females have gender dysphoria. Understandably, these individuals frequently have comorbid mental health problems.

The United States Endocrine Society has developed the most widely accepted treatment guidelines for gender dysphoria. Phase 1 of treatment consists of completely reversible interventions. Since treatment involves high doses of hormones, there are concerns about bone mineralization and height. The cost of therapy can be out of the patient's reach, and this article discusses alternatives by cost.

As treatment progresses, patients face irreversible loss of future reproductive potential. The guidelines recommend that clinicians counsel individuals about their options to preserve their ability to have genetically-related children as adults (e.g. cryopreservation of gametes and gonadal tissue banking). This conversation must start when individuals start GnRH analogues, as GnRH analogues delay fertility. Options differ for male-to-female and female-to-male conversions.

Gender dysphoric individuals benefit tremendously from gender reassignment treatment. Gender dysphoria is more than just a diagnosis. It's a lengthy transition with many concerns that go beyond the immediate change.