Stress is a Contributor to Depressive Symptoms

Emotional response to stress can contribute to depressive symptoms, suggests a study published in PNAS.

Immune system sensitivity can be a contributing factor to stress-related depression or anxiety, according to a study published in the Proceedings of the National Academy of Sciences (PNAS).

Researchers from the Icahn School of Medicine at Mount Sinai in New York City observed human blood samples collected from Mount Sinai and the University of Cambridge. The investigators measured cytokine IL-6 levels in mice models twice: before and after repeated social stress was induced by an aggressive mouse. The mice were considered exposed after 10 minutes daily for 10 days with an aggressive mouse, or after witnessing the social defeat of another mouse, which was an emotional stressor.

“Our data suggests that pre-existing individual differences in the peripheral immune system predict and promote stress susceptibility,” lead author Georgia Hodes, PhD, said in a press release. “Additionally, we found that when mice were given bone marrow transplants of stem cells that produce leukocytes lacking interleukin-6 (IL-6) or when injected with antibodies that block IL-6 prior to stress exposure, the development of social avoidance was reduced compared with their respective control groups, demonstrating that the emotional response to stress can be generated or blocked in the periphery.”

The IL-6 levels were higher in mice that were more susceptible to stress than in what the researchers termed “stress-resilient” mice. IL-6 was the only cytokine that was elevated in susceptible mice, when compared with unstressed and stress-resilient mice.

The white blood cells that release IL-6, leukocytes, were higher in stress susceptible mice prior to stress exposure. The chronic social disruptions lead to depression-like behavior. The resilient mice were able to fight off the development of such depressive behavior. The test was then repeated in 2 human groups with treatment-resistant major depressive disorder, where the results were reinforced.

“IL-6 could be a risk factor for the development of depression in vulnerable individuals,” Scott Russo, PhD, continued in the statement. “We believe our studies could have significant impact on the development of new antidepressant therapeutics that inhibits IL-6, which may reduce stress-induced relapse in patients with major depressive disorder.”

In previous studies, researchers have shown depression and anxiety are linked to elevated blood levels of both inflammatory molecules and white blood cells after a diagnosis. However, the literature did not specify whether greater inflammation was present prior to disease onset or whether it was related to depressive symptoms. 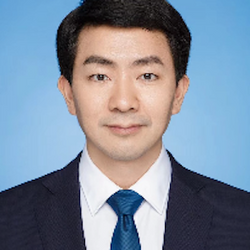