Studies Show Wide Disparities in the Management of Uncontrolled Hypertension

An article by Leland Kim, published on the University of California — San Francisco (UCSF) News Center website, notes that a study published in the Archives of Internal Medicine by Raman Khanna, MD, MAS, assistant clinical professor of the UCSF Department of Medicine, and colleagues found that “a patient who cites hypertension as a reason for a doctor’s visit is more than twice as likely to be prescribed a new medicine than a patient who doesn’t speak up.”

The study used clinic data from the National Ambulatory Medical Care Survey (NAMCS) “based on 7,153 doctor’s offices visits representing 260 million office visits throughout the country.” Researchers looked at data for patients who were diagnosed with uncontrolled hypertension (defined for the purposes of the study as patients whose blood pressure measured greater than 140/90 during a doctor visit).

The UCSF article notes that the study had “major limitations.” For example, the study data used did not capture changes in doses to patients’ existing medications; it only recorded when patients switched medications. It also did not take into account whether a patient’s physician recommended exercise and/or dietary modifications as a means of controlling hypertension.

This study is not the first to note that a variety of factors can affect the type of care patients receive for hypertension: 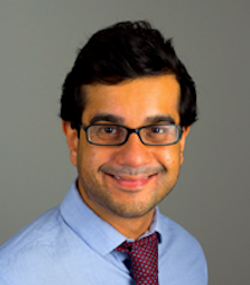