A recent clinical trial’s results suggest that apremilast, a phosphodiesterase 4 inhibitor, may have a beneficial association with cardiometabolic disease for psoriasis patients.

As a chronic, inflammatory condition, psoriasis is a disorder that’s severity—as measured by body surface area—is positively correlated with cardiovascular events, developing cardiometabolic disease, and even premature mortality as a result of these events.

Gelgand and colleagues “extended this approach by conducting an open-label, non- randomized clinical trial to determine the associations of apremilast with aortic vascular inflammation, adiposity, and blood-based biomarkers of inflammation and lipid and glucose metabolism in patients with moderate to severe psoriasis.”

The nonrandomized clinical trial implemented by the investigators involved adults with moderate to severe plaque psoriasis. It was a single-arm, open-label, interventional trial, held from April 11, 2017 to August 17, 2021 at 7 investigative sites in the U.S.

The investigators’ research involved recruitment of patients ≥18 years with a chronic plaque psoriasis diagnosis ≥6 months prior to the trial, judged to be of good health, a minimum of 10% body surface area involvement, a Psoriasis Area and Severity Index (PASI) score ≥12 at baseline, and have had stable disease for over 2 months before screening. The interventions consisted of a twice-daily dose of 30 mg of apremilast.

The investigators observed that by week 52, there were possibly beneficial decreases in ferritin, acetone, β-hydroxybutyrate, and ketone bodies, as well as a rise in apolipoprotein A-1. They also observed a reduction in subcutaneous and visceral adiposity by about 5% to 6% at week 16 which was sustained by week 52.

In summary, the research team found that apremilast had “generally beneficial associations with cardiometabolic biomarkers, and reductions in visceral and subcutaneous fat suggest that apremilast has an overall potential benefit regarding cardiometabolic disease in patients with psoriasis,” they wrote. “Larger placebo-controlled trials, particularly those that focus on cardiovascular events, are necessary to confirm these findings.”

This study, “Association of Apremilast With Vascular Inflammation and Cardiometabolic Function in Patients With Psoriasis/ The VIP-A Phase 4, Open-label, Nonrandomized Clinical Trial”, was published online in JAMA Dermatology. 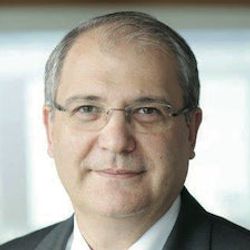 The Role of Combination Therapy in Hypercholesterolemia
Advertisement