A study that explored the healthcare burden of chronic infection of the hepatitis C virus found that patients with the disease were more than 3 times likely to be hospitalized than patients in a comparison group. 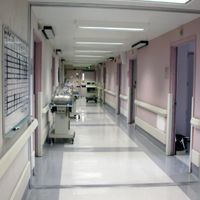 A study that explored the healthcare burden of chronic infection of the hepatitis C virus found that patients with the disease were more than 3 times likely to be hospitalized than patients in a comparison group.

Researchers analyzed data collected over seven years from the Chronic Hepatitis Cohort Study, an observational cohort of hepatitis C patients, and compared hospitalization rates with two groups of health system patients. Results of the study, which was funded by the CDC Foundation, were published in the Journal of Viral Hepatitis.

“Chronic HCV infection has been associated with increased risk of developing nonliver cancers including non-Hodgkin’s lymphoma and renal cancer,” stated lead author E.H. Teshale, MD, of the Centers for Disease Control and Prevention’s division of viral hepatitis. “Many studies have shown that cost of inpatient care is a major part of the cost of HCV care and the frequency and cost of hospitalization have increased in recent years in association with the ageing of the HCV-infected birth cohort.”

In their study, researchers compared hospitalization rates of 10,131 patients with chronic hepatitis C infection to 20,262 health system patients. The study excluded patients with hepatitis C if they were coinfected with HIV, hepatitis B or had received a liver transplant.

“These findings highlight the incremental costs and healthcare burden of patients with chronic HCV infection associated with hospitalization,” the authors stated in the article.

Both groups had more hospitalizations among patients who were older than 65, black and had incomes below $15,000 a year, but rates were higher among the hepatitis C group than the other health system patients. For example, the patients with chronic hepatitis C who had income levels below $15,000 had approximately four-fold increase in the rate of hospitalization than those in the comparison group of similar income, according to the article.

The lowest hospitalizations in the hepatitis C group were among patients who held private insurance, had been treated for the virus, achieved sustained virologic response, or had serum index FIB-4 less than 1.21.

“Given that hospitalization rates were lower for patients who received treatment and achieved SVR, current treatment modalities that result in high SVR rates may reduce the burden and cost of HCV infection” stated the authors.

An article disclosure notes that the CDC Foundation receives outside funding from various drug companies, including AbbVie, Gilead Sciences and Janssen Pharmaceuticals.