A recent study highlighted psoriasis patients' lack of awareness of a link between psoriasis and obesity, as well as these same patients' hopes for future treatment programs targeting weight loss. 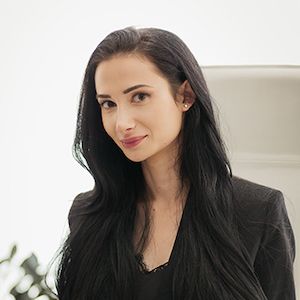 Research shows most patients with psoriasis view the condition as unrelated to obesity, despite the fact that weight loss has been shown to improve the severity of the skin condition.

While psoriasis has long been known to have multiple factors contributing to its growth, a major risk factor contributing to it is obesity. In fact, about a third of psoriasis patients also suffer from obesity, which the investigators in this study define as an excessive body fat accumulation presenting health risks.

The study was led by Neli T. Pavlova, PhD, from the Health Psychology Section of the Institute of Psychiatry Psychology and Neuroscience at King's College London.

“Weight loss is shown to improve the severity of psoriasis; however, little is known about the factors that may influence successful weight loss in the context of obesity and psoriasis,” Pavlova and colleagues wrote. “The current qualitative study aimed to explore the obesity-associated beliefs, perceptions, and behaviours related to weight loss in psoriasis.”

Their study assessed these factors in order to aid the future development of a personalized weight loss intervention for patients.

The investigators recruited 26 total participants from the United Kingdom-based Psoriasis Association's social media outlets, who were required to be 18 or older and were excluded only if they were unable to speak the appropriate level of English required for the study or were unable to provide informed consent.

The participants needed to have a self-reported psoriasis diagnosis, although 24 ended up being included in the final sample, with 62.5% being male. The research team developed qualitative interviews that were semi-structured and ranging from 23 to 54 minutes (mean interview time=35.1 min, SD=10.6).

An online questionnaire sent through email was used for the study, with demographic data gathered to assess things like Body Mass Index (BMI).

The study’s 4 main themes discussed in the interviews included the following:

The study’s results indicated that the participants generally viewed psoriasis and obesity as unrelated, with the ‘chicken and the egg’ paradox cited as a frequent view of the connection.

Several of the participants pointed out that physicians may have advised them to lose weight as a generally useful action, but never had pointed out the direct relationship.

Many of the participants also viewed psoriasis as something that they hoped to get under control prior to losing weight, with participants believing in a link reporting that improvements in symptoms would be a big motivating factor for losing weight. However, only a minority of those surveyed reported believing in the link between both conditions.

A frequent means of escaping from the negative emotions associated with psoriasis was comfort eating, according to several participants.

“Participants shared their dissatisfaction with current weight loss recommendations which were too generic,” the investigators wrote. “They suggested that a desirable weight loss program would require both emotional and behavioural support, with an emphasis on psoriasis' burden.”

This study, “‘I don't know which is the chicken and which is the egg’: A qualitative study of weight loss-related beliefs and behaviours among adults with psoriasis and comorbid obesity,” was published online by the British Psychological Society.