In a recent study, DAMPs were found to play a major role in deteriorating vitiligo conditions by initiating host defenses against signals of danger. 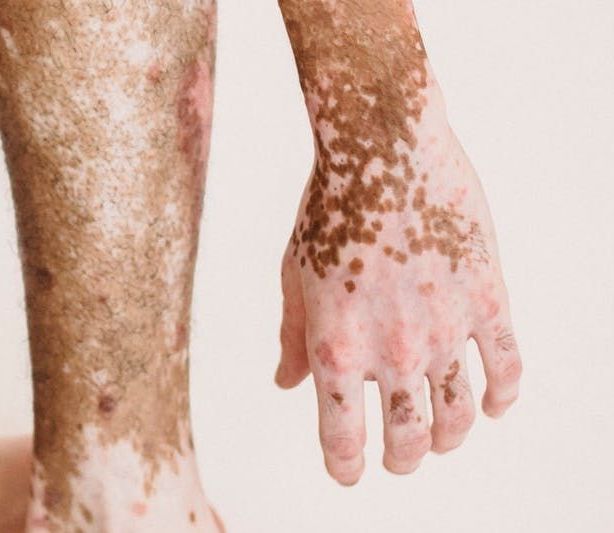 New research suggests that oxidative stress may help to induce vitiligo, and that damage-associated molecular pattern (DAMP) levels in both serum and skin may be used as biomarkers to indicate activity and prognosis of vitiligo.

The study was led by Jingying Wang, MD, of the Affiliated Hospital of Southwest Medical University’s Department of Dermatology in China.

Wang and colleagues note that recently, some studies have reported that under adverse stimulus conditions, including oxidative stress, cells released DAMPs and promoted autoimmune disease onset through the induction of sterile inflammation and later leading to to vitiligo.

The investigators noted that “a number of DAMPs are found at high levels extracellularly in vitiligo, enhancing inflammatory responses that contribute to disease progression. These DAMPs include high mobility group box 1, heat shock protein 70, S100B proteins, adenosine triphosphate, the IL family, antimicrobial peptides and other biomolecules.”

Wang and colleagues stated that epidermal melanocytes are uniquely vulnerable to oxidative stress thanks to their pro-oxidant status during the synthesis of melanin. This results in damage to melanocytes and the production of self-antigen, which led to their decision to conduct the study for further exploration.

The investigators gathered and assessed published research on the topics of DAMPs, vitiligo, and oxidative stress, found through database searches using such sources as MEDLINE, PubMed, and Embase. Through the data they were able to obtain, the researchers were able to come up with several key findings regarding the effects of DAMPs on vitiligo pathogenesis.

The investigators made several important findings from their research, the first of which being that HMGB1 worsens vitiligo by impacting melanocyte survival. Some of their research noted that hydrogen peroxide (H2O2) stimulation led to translocation of HMGB1 and release from melanocytes.

The research team also noted the effects of Hsp70, with diffuse and intense expression of Hsp70 patterns being observed in vitiligo skin more so than in healthy skin. They pointed out that, generally, increased levels of S100B were also found to be closely related to vitiligo, adding that their precise molecular mechanisms needed more research.

The expression of IL-33 and ST2 was found to have expanded within skin lesions, with vitiligo patients having increased serum IL-33.

Additionally, recent studies cited had observed abnormal LL37 expression in a series of skin diseases including rosacea, psoriasis, and atopic dermatitis. Due to some research reporting that average blood LL37 levels for vitiligo patients were greater than control arm levels, the investigators added that LL37 could contribute to vitiligo as well.

“DAMP levels in serum and skin may be used as biomarkers to indicate vitiligo activity and prognosis,” they wrote. “Targeted therapies, incorporating HMGB1, Hsp70, and IL-15 could significantly improve disease etiology. Thus, novel strategies could be identified for vitiligo treatment by targeting DAMPs.”