Despite attempts climbing since 2008, investigators have observed no significant change in suicidal adults seeking care. 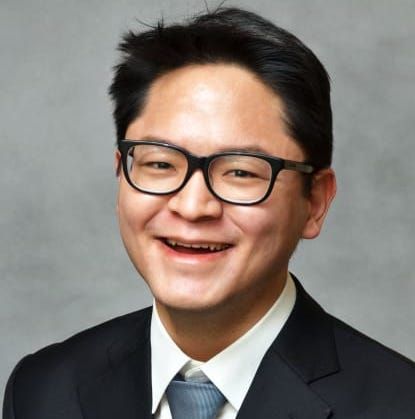 The annual rate of suicide attempts among US adults increased 17% from 2008 to 2019, according to a new analysis which also showed that the rate of surveyed suicidal persons who did not know from where to seek treatment more than doubled in the same time.

The findings from a team of Yale University School of Medicine investigators highlighted the sociodemographic factors associated with increasing risk of suicide attempts, as well as the pressing need to improve accessibility and social acceptability of care, as well as suicide prevention efforts.

Study author Taeho Greg Rhee, PhD, of the Yale Department of Psychiatry, the investigators conducted a cross-sectional analysis of nationally representative data taken from the National Survey of Drug and Health (NSDUH) from 2008 to 2019. The team sought to estimate annual rates of suicide attempts, as well as mental health services, in US adults.

Suicide is currently 1 of the 10 most common causes of death in the US, having increased by >60%since 1999. As investigators noted, a “small but growing” number of decedents from suicide have had contact with health services in the 12 months prior to their deaths. A recent systematic review and meta analysis using data from 2000 to 2017 showed inpatient mental health stay (18.3%), outpatient mental health services (26.1%), and contact with both services (25.7%) were becoming more common among people who committed suicide.

Rhee and colleagues sought to understand their use among those who have only attempted suicide, to interpret prevention efforts.

“Suicide attempts are the single most important risk factor for suicide and the risk factor most likely to precipitate contact with the health care system,” Rhee and colleagues wrote. “Because the most effective suicide prevention approaches rely on identifying and treating individuals at high risk for suicide, suicide attempts offer a valuable opportunity to intervene at a critical time to prevent future suicide.”

The data of adult participants in NSDUH from the observed time period provided 484,732 persons who attempted suicide. Investigators estimated the overall annual rates of suicide attempts per 100,000 adults in the general population and from national trends for each year. They additionally conducted subgroup analyses based on participant demographic characteristics and their clinical conditions, determining whether adjusting for such factors could account for any observed change in annual suicide attempt rates.

They then examined trends in past-year mental health service use relative to past-year suicide attempts.

From 2008 to 2019, the use of reasons for not seeking mental health care among adults who attempted suicide increased by 32%, per NSDUH survey responses. The following reasons increased the most in use:

Rhee and colleagues noted that current US suicide prevention interventions predominately focus on individuals connected to treatment as well as those who have contact with the health care system; methods include screening and risk assessment, evidence-based treatment of depression, safety planning, means restriction, and follow-up care after attempts or hospitalization.

“However, our finding that less than half of suicide attempters had clinical contact around the time of their attempt suggest that it is not only important to expand initiatives for high-risk individuals with clinical contact, but also to implement public health–oriented strategies outside the formal treatment system,” they wrote.

Their subgroup findings of heightened suicide attempt risk based on gender, age, ethnicity, employment and marital status, as well as substance use emphasize the need for novel treatment programs and media-focused interventions and awareness campaigns.

“The findings of this study suggest that suicide attempts have increased in the US in recent decades without a corresponding increase in service use among those who made such attempts,” investigators concluded. “These data further suggest a need to expand service accessibility and/or acceptability of services as well as population-wide suicide prevention efforts.”

The study, “National Trends of Mental Health Care Among US Adults Who Attempted Suicide in the Past 12 Months,” was published online in JAMA Psychiatry.