Participants in the iPCIT group had significantly lower levels of externalizing problems and higher levels of compliance to caregiver direction compared to the referrals as usual group. 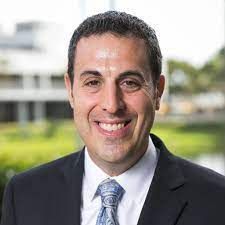 A telehealth-based intervention program could help improve some of the behavior issues in young children with developmental delay.

Approximately 13% of all young children have a developmental delay, with more than 50% of this group having at least 1 mental health disorder.

“Behavioral challenges are particularly common, as children with [developmental delay] show 3 times the risk of clinically significant externalizing problems relative to typically developing children” the authors wrote. “Externalizing problems in children with DD are associated with a wide range of functional impairments4 and result in significant economic costs when left untreated.”

In the randomized clinical trial, the investigators examined 150 pediatric patients with developmental delay between March 17, 2016 and December 15, 2020. Each participant had externalized behavior problems and was recruited from early intervention. There were also 75 caregivers included in the study.

The participants were assigned to either a telehealth parenting intervention group or a control group for 12 months. There was also a diversity in the patient population as the majority of participants were from ethnic or racial minoritized background and more than half were in extreme poverty or low income-need ratio categories.

In a group of participants with postintervention data, there was a greater clinically significant change for individuals in the iPCIT group (74%; n = 50) compared to those in the referrals as usual cohort (42%; n = 30). This was maintained at the 6 month mark, but not at the 12 month follow-up.

“Results of this randomized clinical trial provide evidence that a telehealth-delivered parenting intervention with real-time therapist coaching led to significant and maintained improvements for young children with [developmental delay] and their caregivers,” the authors wrote. “Findings underscore the promise of telehealth formats for expanding scope and reach of care for underserved families.”

The study, “Telehealth Treatment of Behavior Problems in Young Children With Developmental Delay,” was published online in JAMA Pediatrics.