Improved Outcomes in the Management of Hepatic Encephalopathy - Episode 14

Arun B. Jesudian, MD: I think it’s been a really fantastic discussion. I want to close by looking towards the future a little bit. So a couple questions and anybody can chime in. One is this whole gut microbiome that has kind of exploded as a topic. How does that play into encephalopathy and treatments? And then more generally, is there anything you’re excited about in the future when it comes to HE [hepatic encephalopathy] management therapies out there?

Elliot B. Tapper, MD: It’s obviously a fact that the microbiome plays some role in encephalopathy. I just wish we understood what that role might be. There’s so many limitations in the research on microbiome, whether it’s based on the stuff you grow from a biopsy or from the stool. There was a recent publication that if you really clean someone’s teeth and reduce their oral microbiome, their cognition improves. I think we’re really only scratching the surface of what we understand, and I’m excited about it. I’m not sure I fully understand it, but I do look forward to more research on that topic. What do you think?

Steven L. Flamm, MD: It would not be a surprise that the microbiome has a big impact on hepatic encephalopathy. It’s been suspected for decades before there was any research on the microbiome that the gut bacteria play a central role in encephalopathy, by being toxin producers, including ammonia, and maybe even endotoxin itself having a role with translocation through the gut wall into … the portal vein blood and then into the systemic system.

With the explosion of research into the microbiome, in recent years there has also been some research in the setting of cirrhosis. My understanding is that there is a difference in the microbiome in people with advanced liver disease in that there are more what we think of as pathogenic bacteria compared to commensal bacteria in patients with advanced liver disease. And yet, when they’ve looked at people with encephalopathy specifically or successful treatment of encephalopathy, my understanding is they haven’t really detected any changes that predict what might be causing encephalopathy or what might be a successful therapy for encephalopathy. So I think you’ll see more emerging on this in the near future.

Arun B. Jesudian, MD: Dave, maybe you can close this out. Any new therapies that you’re aware of that are in HE?

David M. Salerno, PharmD: That’s an excellent question. In fact, there’s not necessarily a tremendous amount of new therapies that I’m particularly excited about. But there has been a resurgence in some of the things that have been around for quite some period of time. So we had the discussion a little about the gut microbiome. Some people are very interested in using prebiotics as a potential way to decrease gut translocation as well as inflammation, which certainly there’s been a series of papers and metanalyses, as I’ve looked at those things.

Additionally, there’s other types of pharmacotherapy agents that are available, although sometimes they could be a little bit cumbersome to a patient’s medication regimen, particularly if they’re having difficulty understanding their medication list. So other things that are substrates for the urea cycle, which is impaired in cirrhosis. Particularly things like L-ornithine L-aspartate, zinc sulfate, as well as branched-chain amino acids have all been things that have been tried and been studied, and in certain cases have been somewhat effective for patients with refractory HE.

Arun B. Jesudian, MD: So, I want to thank each of the members of our panel—Dr Flamm, Dr Tapper, Dr Salerno for all of you input. I think it’s been a very educational experience here and appreciate all of your input. Thank you to the viewers for joining us. 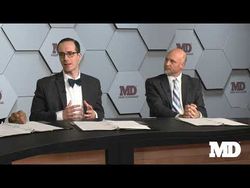 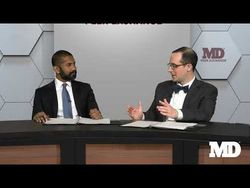 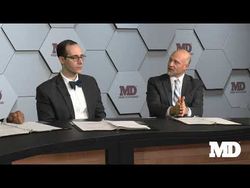 Prevention of Recurrence in Hepatic Encephalopathy