Christie M. Ballantyne, MD: Deepak, 1 thing I would also bring up is that you’re an interventional cardiologist. Let’s say you’ve got a patient who’s got an LDL [low-density lipoprotein] of 75 mg/dL or maybe 80 or something, but they had a recurrent event on a statin and ezetimibe. This is the thing. What is really optimal LDL? That 70 mg/dL in the guidelines is a threshold in the US [United States]. They don’t say what optimal is. But it looks to me like optimal, I think. Steve, didn’t you ever say as low as you can get. I might have heard somebody.

Steven E. Nissen, MD: I said that. What I said was that we used to say you can’t be too rich or too thin. We now say you can’t be too rich, too thin, or have too-low LDL. But the Europeans are ahead. They’ve said to get these high-risk patients below 55 mg/dL. We have 2 trials that aggressively treated LDL with PCSK9 inhibitors and showed benefit.

Christie M. Ballantyne, MD: Steve, I think if they came in on recurrent events post ACS [acute coronary syndrome], it was less than 40 mg/dL. It does look to be that that in the trials, optimum LDL is probably in this range less than 40 mg/dL. I think it’s something where the 110 patients were seeing some activity. But for these people coming back with recurrent events, LDLs particularly, I think you should consider driving that down lower. The therapies are well tolerated.

Michael Miller, MD: Even as low as an LDL below 10 mg/dL. Remember in the subset analysis? Still safe.

James A. Underberg, MD, MS: What I like about the European guidelines is that if the LDL is less than 70 mg/dL, they still give you guidance about further lowering. What I don’t like about it is if your LDL is a little above 70 mg/dL, I’m not convinced 55 mg/dL is enough, because the change between 70 and 55 mg/dL absolutely is not enough to change risk. It should be 30 mg/dL. So there’s a plus and a minus.

Christie M. Ballantyne, MD: It gives leeway. A threshold gives you the leeway to get as low as you want for that patient.

James A. Underberg, MD, MS: Exactly. The goal is just a magical number. If you cross it by 1, you haven’t done anything.

Steven E. Nissen, MD: Look, FOURIER got to an LDL of 30 mg/dL, and there was benefit. We did GLAGOV, which showed a reduction in progression at an LDL of 36 mg/dL. You can’t walk away from that.

Steven E. Nissen, MD: Yeah, those were randomized controlled trials. In our study, GLAGOV, if you started at less than 70 mg/dL, you got to 24 as a mean and you had a lot of benefit. So I think it’s true that lower is better. And the higher the risk the patient, the lower you probably want to go. I wish the guidelines would simply acknowledge this principle rather than dance around it in the way they dance around it. I think it is unfortunate that the most powerful LDL-lowering drugs we’ve ever developed are underutilized because we’ve got PBMs [pharmacy benefit managers] that are pushing back at us. And most people aren’t willing to go through the hoops.

Deepak L. Bhatt, MD, MPH: Not every office has the resources to do that.

Steven E. Nissen, MD: I have a team to do this. I have a whole team that does this.

James A. Underberg, MD, MS: Look at patients with ASCVD [atherosclerotic cardiovascular disease] on statins and ezetimibe with LDLs above 70 mg/dL. One percent of them are on PCSK9 inhibitors. One percent. So there’s a big room.

Deepak L. Bhatt, MD, MPH: Christie, you raised a really good point, because even if it’s not practical to use in everyone at high risk, if somebody is coming in with a recurrent event—I mean, there is a flashing red light with this person—you’re already doing hopefully the right stuff. If they come in with a recurrent event, you need to do more, and many times the easiest thing will be to intensify their LDL reduction strategies. It might be increase their antithrombotics. There are other things as well, but for sure LDL is a big part of that. 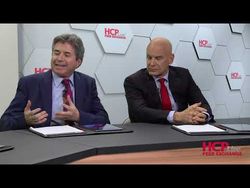 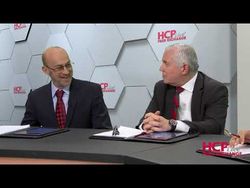 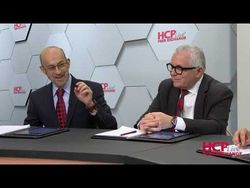