The Role of Transfusion for Beta Thalassemia

Sujit Sheth, MD: When you talk about those intermediate patients who have the beta plus mutations, it depends on the severity of the anemia and also all the other effects it’s having. Is it interfering with growth and development? Is it interfering with your quality of life and ability to do normal things like going to school? Is it causing major bone changes, both cosmetic as well as osteoporotic? And then you get to the point of, do you have delayed puberty? Are you not growing and developing normally? And all those would be indications to start regular transfusions.

Farzana Sayani, MD: If I may add for transfusions in beta-thalassemia major, we generally start transfusions very early on because of the severity.

Farzana Sayani, MD: But for beta-thalassemia intermediate, they may go through, because there’s less severe anemia, we know that as they get older the hemoglobin may drop; they are starting to get this increased ineffective erythropoiesis. They may move out of a pediatric center having rarely or never had transfusions. And as individuals are getting older, it’s really important to closely follow them, because we now start getting accumulated effects of the ineffective erythropoiesis.

Now we’re getting complications of paraspinal masses. We’re getting hepatosplenomegaly, pulmonary hypertension from the ongoing hemolysis, and severe osteoporosis with fractures. As they become adults, there are still indications where we may need to start transfusions even into adulthood.

Peter L. Salgo, MD: It’s interesting, because people say they think I know the answer, but I’m going to throw it out. How often do these patients need transfusions? I’m going to guess the answer is, “It depends.”

Sujit Sheth, MD: Not really. If you want to keep them as physiological as possible, you need to transfuse them every 2 to 4 weeks.

Sujit Sheth, MD: The goal is to maintain a hemoglobin level pretransfusion above 9.5 to 10 g/dL.

Peter L. Salgo, MD: All right. But as you said, it’s the most severe ones. In other words, what I’m trying to get at is the severity of the disease kind of dictates…

Maria Domenica-Cappellini, MD: I’m sorry, this is very important because those patients—as it was said before, those children who are present within the first year of life with severe hepatosplenomegaly and severe anemia, they become transfusion dependent. That’s it. There are some patients, some children, who tolerate 8 g of hemoglobin, so this means they are able to produce a 7.5 g of hemoglobin. They don’t complain much, but in the past we may revisit this approach. In the past, I can say for myself, I was saying that you are lucky if you have thalassemia intermediate because you don’t have thalassemia major. Now I see these patients at the age of 40 with all the complications that she mentioned. I say, “Oh my God, we should have probably transfused.” 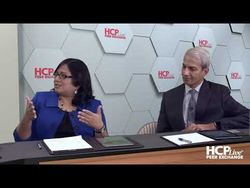 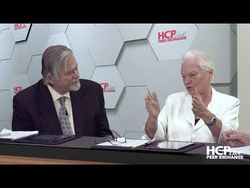 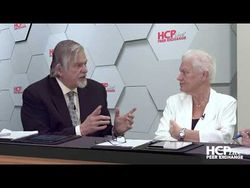