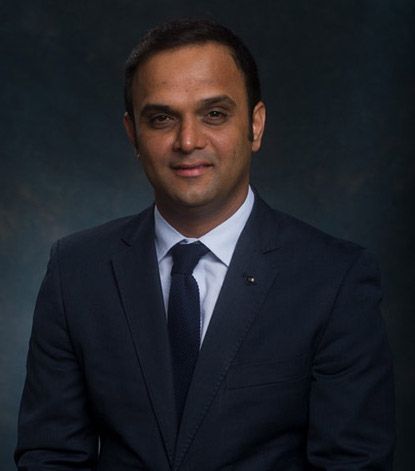 A new cohort analysis shows benefit for the use of the < .70 ratio of forced expiratory volume in the first second to the forced vital capacity (FEV1:FVC) benchmark to identify patients at risk of clinically significant chronic obstructive pulmonary disease (COPD).

A team of US-based investigators—led by Surya P. Bhatt, MD, MSPH, of the Division of Pulmonary, Allergy, and Critical Care Medicine at the University of Alabama at Birmingham&mdash;found evidence from a 24,000-patient database that the .70 threshold for FEV1:FVC discriminates increased risk of COPD-related hospitalization and mortality.

The findings could serve as a more conclusive case for the threshold indicating airflow obstruction in patients with COPD.

Investigators sought a primary outcome of composite COPD hospitalization and disease-related mortality, as per adjudication or administrative criteria. They defined optimal fixed FEV1:FVC threshold as the best discrimination of these events as indexed by the Harrell C statistic from unadjusted Coz proportional hazard models.

“In never smokers, the optimal ratio threshold was 0.74, but event rates were low and 0.70 still offered more accurate prediction compared with the LLN,” investigators wrote. “No thresholds were significantly more accurate than 0.70 across strata of sex or in analyses adjusted for sociodemographic and anthropometric characteristics, which suggests that 0.70 may be applicable to all adults.”

That said, specificity and sensitivity metrics regarding airflow obstruction were modest, investigators wrote. Their findings affirm recent evidence showing that some patients with airflow obstruction on spirometry do not report with symptoms, and that close monitoring is necessary.

In an editorial accompanying the study, Jorgen Vestbo, DMSc and Peter Lange, DMSc—of the University of Manchester and Copenhagen University, respectively&mdash;challenge the understanding of spirometry threshold findings for COPD diagnosis based on Bhatt and colleague’s findings.

“Most clinicians will agree that many patients with COPD are diagnosed too late because spirometry is not routinely performed in symptomatic smokers,” they wrote. “It is also clear that with increasing awareness of COPD, many symptomatic smokers are labeled as having COPD until a spirometric examination shows the absence of airflow limitation.”

The issue of limited spirometry uptake outside of respiratory medicine poses a greater problem than the debate of exact respiratory threshold, the pair wrote.

“In addition, although a better understanding is emerging of the genetics of COPD14 and the interactions of small airways disease and emphysema, further research is needed to define subsets of COPD based on mechanisms,” they concluded. “While waiting, clinicians may be best advised to continue to use an old simple measurement, FEV1:FVC of less than 0.70, as an indicator of this complex disorder.”

The study, “Discriminative Accuracy of FEV1:FVC Thresholds for COPD-Related Hospitalization and Mortality,” was published online in JAMA.