Future studies should focus on subgroups of patients with Crohn’s disease treated with ustekinumab. 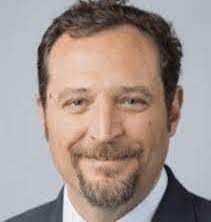 Treat-to-target strategies are often advocated for some chronic disorders, including inflammatory bowel disease.

In the open-label, multicenter, randomized phase 3b STARDUST study, the investigators examined 440 adult patients with moderate-to-severe active Crohn’s disease that were treated with ustekinumab.

In addition, at week 16 patients with a Crohn’s Disease Activity Index score improvement of at least 70 points was randomized to receive standard-of-care treatment (n = 221) or treat-to-target maintenance treatment (n = 219) through week 48.

Patients in the treat-to-target cohort received ustekinumab every 12 weeks or 8 weeks based on Simple Endoscopic Score in Crohn’s Disease improvements from baseline. The dosing could have escalated to every 4 weeks through week 48 if predetermined targets were missed.

In the standard-of-care arm, patients received ustekinumab every 8 or 12 weeks, with those who received treatment every 12 weeks able to escalate per European labeling.

The investigators sought primary efficacy endpoints of endoscopic response at week 48, defined as a SES-CD score of at least 50%, analyzed by non-responder imputation.

Other endoscopic, clinical, or biomarker outcomes were generally not significantly different between the 2 arms.

“Timely escalation of ustekinumab therapy for patients with Crohn's disease, based on early endoscopic response, clinical symptoms, and biomarkers, did not result in significantly better endoscopic outcomes at week 48 than symptom-driven decisions alone,” the authors wrote. “Future studies need to confirm if some subgroups of patient might benefit from a treat-to-target strategy with ustekinumab.”

The study, “Treat to target versus standard of care for patients with Crohn's disease treated with ustekinumab (STARDUST): an open-label, multicentre, randomised phase 3b trial,” was published online in The Lancet Gastroenterology & Hepatology.