Ultra-brief pulse stimulation is nearly as effective as electroconvulsive therapy (ECT) for severe depression, and it as fewer side effects. 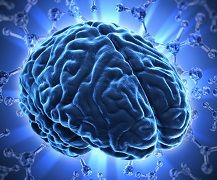 Ultra-brief pulse stimulation is nearly as effective as electroconvulsive therapy (ECT) for severe depression, and it as fewer side effects, according to findings published in the Journal of Clinical Psychiatry.

Researchers from the University of New South Wales systematically reviewed the efficacy, safety, and cognitive side effects of ECT and compared it to the ultra-brief pulse right unilateral (RUL) ETC in order to evaluate the merits of each treatment for depressed patients. The researchers found six studies eligible for review, encompassing 689 patients at a median of 50 years of age, after sorting through various databases for key words up through June 2013. The researchers pulled data about efficacy, cognitive effects, response, and remission outcomes from the publications or asked directly from the authors.

The researchers found that while standard ECT was slightly more effective in its treatment of depression and required one less treatment, there were significantly more cognitive side effects.

ECT sends a controlled electric current into the brain’s prefrontal cortex while the patient is under anesthesia, while RUL delivers shorter electric pulses. The brain tissue is reduced by a third using RUL.

“This new treatment, which is slowly coming into clinical practice in Australia, is one of the most significant developments in the clinical treatment of severe depression in the past two decades,” study author Colleen Loo explained in a press release. “Our analysis of the existing trial data showed that ultra brief stimulation significantly lessened the potential for the destruction of memories formed prior to ECT, reduced the difficulty of recalling and learning new information after ECT and was almost as effective as the standard ECT treatment.”

The authors maintain that the decision to use RUL or ECT should be made on an individual patient basis and should be decided based on the relative priorities of efficacy versus minimization of cognitive impairment, they said.