Patients with untreated obstructive sleep apnea have increased health care utilizations with increased costs across all points of service.

A team of investigators from the University of Maryland and Columbia University, led by Emerson M. Wickwire, PhD, Department of Psychiatry, University of Maryland School of Medicine, examined the effect of untreated obstructive sleep apnea on health care utilization (HCU) and costs in a nationally representative sample of Medicare beneficiaries.

The investigators used a random 5% sample of Medicare administrative data claims between 2006-2013. Obstructive sleep apnea was operationalized as the receipt of 1 or more International Classification of Disease, Version 9, Clinical Modification diagnostic codes for OSA in conjunction with the initiation of OSA treatment with either continuous positive airway pressure or oral appliance therapy.

The team assessed health care utilization and costs during the 12 months before treatment was initiated. The HCU and costs were then compared between beneficiaries with obstructive sleep apnea and matched to control patients without sleep-disordered breathing using generalized linear models.

Of the 287,191-random sample of beneficiaries, 10,317 patients had obstructive sleep apnea, while 276,874 participants were control patients.

“In this randomly selected and nationally representative sample of Medicare beneficiaries and relative to matched control patients, individuals with untreated OSA demonstrated increased HCU and costs across all points of service,” the authors wrote.

Sleep apnea is linked to a number of negative outcomes for patients, including an increased risk of high blood pressure, diabetes, heart disease, stroke and depression.

Approximately 30 million adults in the US suffer from obstructive sleep apnea.

A 2016 report commissioned by the American Academy of Sleep Medicine estimated that undiagnosed sleep apnea among U.S. adults costs $149.6 billion annually, projecting an annual cost of nearly $50 billion to diagnose and treat every US adult with sleep apnea.

In an accompanying editorial, Qinglan Ding, PhD, College of Health and Human Sciences, Purdue University, and Meir Kryger, Division of Pulmonary, Critical Care and Sleep Medicine, Yale New Haven Medical Center, explained that differences in economic burden might be due to the higher rates of comorbidities, such as cardiovascular and obesity and increased health care resources used for psychotherapy or psychoactive drugs.

“Greater understanding of the economic importance of OSA among older adults is needed because OSA is highly prevalent in adults aged older than 65 years,” the authors wrote. “Older adults with OSA also are more likely to have multiple chronic diseases than those without OSA, which likely increase the contact of patients with OSA with the health care system.”

The study, “Older adult US Medicare beneficiaries with untreated obstructive sleep apnea are heavier users of health care than matched control patients,” was published online in the Journal of Clinical Sleep Medicine. 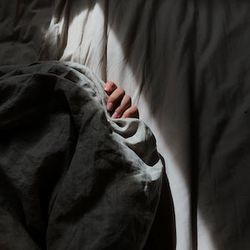 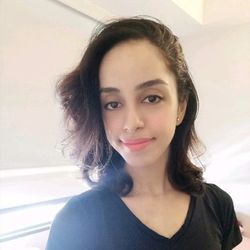