The Rome Foundation announced the release of updated and revised Rome IV diagnostic criteria for more than 20 different gastrointestinal disorders at DDW 2016.

“Today, we are officially releasing the updated and revised Rome IV diagnostic criteria for more than 20 different gastrointestinal disorders,” said Douglas Drossman, MD, president of the Rome Foundation, at a presentation at Digestive Disease Week 2016, a joint meeting of the American Academy for the Study of Liver Diseases (AASLD), American Gastroenterological Association (AGA), the American Society for Gastrointestinal Endoscopy (ASGE), and the Society for Surgery of the Alimentary Tract (SSAT).

In use since 1989, the Rome diagnostic criteria for functional gastrointestinal disorders have become the most influential standard for defining functional GI disorders, which are the most common diagnoses made by consulting gastroenterologists and primary care physicians for symptoms of the GI tract. Last updated in 2006, the new Rome IV criteria are expected to shape research on these disorders and how patients are diagnosed and treated for the next decade.

“The release of these new criteria and the associated publications is the culmination of five years of work and is based on decades of research. It is an update that reflects our latest scientific knowledge and the current consensus about these disorders by the leading experts in our field,” he said.

Additionally, together with LogicNets, the Rome Foundation has also created the Rome IV Interactive Clinical Decision Toolkit. The system was available for preview at the conference but will not be officially released until early third quarter of 2016.

“In partnering with LogicNets, we have developed an interactive platform for our Rome IV educational materials,” said Drossman. “By combining and integrating both the diagnostic and treatment decision making tools, this system approximates how clinicians think through the complex challenges of working with their patients having functional gastrointestinal disorders. It will enhance the value of our books and other educational resources by adding a tool that is more proximate to the way good expert clinicians think.”

The interactive clinical decision toolkit will enable physicians and clinicians, using any browser-enabled device, to visually interact with 27 standardized algorithms based on evidence-based diagnostic assessments. The relevant decision pathways were derived from 72 actual clinical cases covering the full spectrum of functional GI diagnoses and are based on the most up-to-date and authoritative body of knowledge for the functional gastrointestinal disorders. Using touch inputs to highlight and activate the pathways that lead to the optimal outcomes and recommendations. The system also records responses as physicians are guided through online diagnostic and treatment; these responses will be used help the system “learn” and aid future updates to the diagnostic criteria.

Threshold diagnostic criteria based on specific numbers of days per week or month are now provided, based on the latest epidemiologic and other research. The definition of irritable bowel syndrome (IBS) has been revised, and significant changes have been to the classification of IBS subtypes based on the spectrum of symptoms that patients experience.

Sphincter of Odie type I and type III classifications have been eliminated based on the latest research. Finally, chronic nausea/vomiting syndrome (CNVS) has been added as a distinct diagnosis.

In concluding, Drossman, discussed the global initiative to translate the criteria into different languages and the continued support of cross-culture research. Global epidemiologic research in approximately 24 countries will provide additional insights into the impact of regional differences, diet, exposure to pathogens, healthcare predictors, cultural/religious beliefs, and differences in symptom reporting on the diagnosis and treatment of functional gastrointestinal disorders. 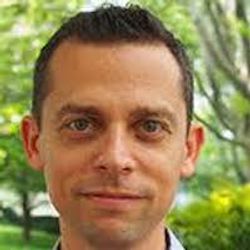