There is currently no metric depicting the scope of health equity in the US, as common healthcare status metrics&mdash;morbidity and mortality&mdash;may not equate to a perfect representation of general population health. 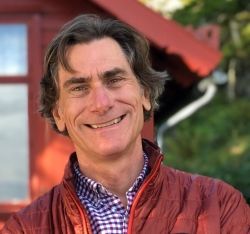 An assessment of 5 million-plus US residents over a quarter century found that health equity is a continued issue across races and social classes.

The survey study, from data accumulated by the Centers for Disease Control and Prevention (CDC) Behavioral Risk Factor Surveillance System, showed unsubstantial improvement—or even decline&mdash;in metrics of health equity across patients from differing genders, race/ethnicity, and income class, from 1993-2017.

Frederick J. Zimmerman, PhD, of the UCLA Jonathan and Karin Fielding School of Public Health’s Department of Health Policy & Management, along with Nathaniel W. Anderson, BA, sought to evaluate the current state of health equity in the US leading toward the deadline of the Department of Health and Human Services’ Healthy People 2020 act. They also cited improved equity as a goal set by the Robert Wood Johnson Foundation—a study financial supporter&mdash;in their Culture of Health Framework.

“Yet it is difficult to find summary assessments of the extent to which national or state-level progress toward this goal is being made,” Zimmerman and Anderson wrote. “Without such summary measures, it is difficult to track performance toward health-equity goals.”

There is currently no clear metric depicting the scope of health equity in the US, investigators noted, though studies do exist to capture the disparity between races/ethnicities as well as income classes in healthcare. Such a comprehensive assessment may not exist because common healthcare status metrics—morbidity and mortality&mdash;may not equate to a perfect representation of general health across the population.

As such, investigators analyzed health equity as 2 differing constructs: healthy days, and a four-category makeup of general health. Healthy days were defined as the average of physical and mental healthy days a person has over the past 30 days. General health’s consistent variable was calculated across 4 metrics: disparities across 3 income groups; black-white disparities; health justice—or a measure of correlation of health outcomes across differing income, race/ethnicity, and sex; and a summary metric for health equity.

Zimmerman and Anderson called the findings an indicator of “worrisome lack of progress on health equity.”

“Although there are some differences across conceptualizations of health equity, and small differences across the 2 concepts of overall health, the overall pattern is one of stagnation mixed with unambiguous decline,” they wrote.

The team observed that income disparity studies from the similar time period show a growing difference among classes, as have county-level racial/ethnic disparities in mortality. The study didn’t consider the association of education levels in health disparity—another evidenced factor of worsened health equity in the US.

Despite its status as a frequently stressed goal by communities, legislators, and public health decision-makers, the promise of bettered US health equity has not been made in the past quarter-century. Investigators challenged the same advocates to either improve or vary their efforts on the matter—and for clinicians to keep them in check.

“Performance tracking of health equity may help to keep policy makers accountable to making the necessary changes,” they concluded.

The study, "Trends in Health Equity in the United States by Race/Ethnicity, Sex, and Income, 1993-2017," was published online in JAMA Network Open.