Advances in the Management of Plaque Psoriasis - Episode 9

Use of IL-23 Inhibitors to Treat Plaque Psoriasis

Mark Lebwohl, MD: Let’s get to the newest agents we have, which are the IL-23 [interleukin-23] blockers. We have 3 of them approved—tildrakizumab, guselkumab, and risankizumab—and a fourth one on the way, which is mirikizumab. And they share a number of features. They’re administered a little bit differently. Which one of you would like to tell us how they’re given?

Scott Gottlieb, MD: I’d be happy to go for that. Guselkumab is given subcutaneously at week 0, 4, and every 8 weeks thereafter. We have risankizumab, which is given at week 0, 4, 12, and that’s the same as tildrakizumab. A nuance is that risankizumab is 2 injections, and tildrakizumab has to be done in the office. But in my patient population, I think giving a drug Q8 [every 8 weeks] versus Q12, I don’t really differentiate that much between that. I certainly differentiate between Q4 and maybe Q8 and Q12. But I think that they’re all convenient is the point.

We have good long-term data with the drugs in the class in terms of PASI 90 or PASI 100 over 3 years and good safety data as well. I’m going to get a T-shirt that says “IL-23andMe” because I think as a class, it really hits the sweet spot. I think understanding these drugs from an immunopathogenic standpoint is also important. When you’re blocking interleukin-23, you’re basically inhibiting naïve T-cells from becoming T helper-17 cells, and T helper-17 cells release interleukin-17A, which ultimately binds to keratinocytes and activates them.

So when you’re blocking more upstream, you’re blocking just the IL-17 coming from the pathogenic T helper-17 cells, but you’re not really blocking all the IL-17 in your body and that could explain some of the safety data that IL-17 has, such as candidiasis in IL-17 inhibitors versus not really seeing that with the IL-23 inhibitors.

Brad Glick, DO, MPH: With tildrakizumab, probably a more powerful version of ustekinumab also injected every 3 months after induction, once again, I like the fact that it is injected by a health care professional, and I bring those patients into my practice.

One of the other things that I like to think about and to also say is that interleukin-23 is a very interesting cytokine because it probably plays a role in malignancy. And it intrigues me when we treat these patients, because we talk about using TNF [tumor necrosis factor] inhibitors and decreasing cardiovascular risk. But what about interleukin-23? Controversial as it may be, it’s my belief that we may be blunting the risk of our patients who have psoriasis and their potential for developing certain forms of malignancy. That’s just my perspective.

George Han, MD, PhD: It’s actually under study in oncology for that specific purpose. And there has been some role of IL-23 in promoting metastases, I believe. So it’s actually being studied in that role. And it’s interesting that you’re looking at it as an evolution of ustakinumab, which I think is very good. When we look at IL-12 it’s the opposite effect. And IL-12 actually has some regulatory effects and you’d rather not block that. IL-12 has some effects on preventing infections: tuberculosis, candida, salmonella. Those are all things that we’re avoiding with these new classes of medications that I think are really important.

Mark Lebwohl, MD: I want to put this in perspective and keep it on-label a little bit. You know the TNF blockers have black box warnings for infection and malignancy. The IL-23 blockers, or the IL-17 blockers, do not have those black box warnings. So I also think they’re safer. And I am very familiar with the tumor data and the animal data that are experimental. But we don’t have human data yet. And so no one here is saying that giving an IL-23 blocker to a patient with a malignancy is indicated for that malignancy.

Brad Glick, DO, MPH: Certainly not.

Mark Lebwohl, MD: But I would agree that if I’m going to pick a drug, then I’m going to stay away from TNF blockers, and I would consider, after in-depth discussion with an oncologist and warning a patient that the drugs do suppress a little part of the immune system, so theoretically there could be a risk here. But here are the other data that exist. But again, we don’t have enough information to just openly say, well…has cancer, you can give him an IL-23 blocker. 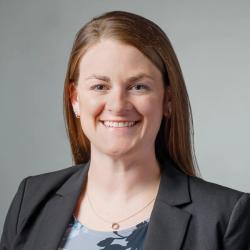