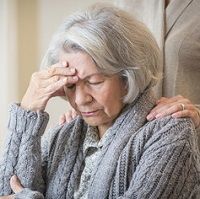 Both vedolizumab and ustekinumab remain viable options for elderly patients with inflammatory bowel disease (IBD), according to new research.

The Risk of IBD is Growing

Both the prevalence of IBD and the age of the population are increasing globally. It is currently estimated that 25-30% of patients with IBD are aged 60 years or older.

“Current evidence suggests that many of the commonly used treatments for IBD are associated with worse outcomes among elderly patients,” the authors wrote.

While alternative biologics are available, there is little comparative data on the safety and efficacy of vedolizumab and ustekinumab on this patient population.

Vedolizumab is a α4β7 antibody that blocks gut lymphocyte trafficking. This treatment is generally considered to be safe among elderly patients because of its gut selectivity.

Ustekinumab is a p-40 antibody that targets interluekins-12 and 23 signaling. However, there is limited safety and efficacy data on this treatment, particularly in the elderly population.

In the study, the investigators examined patients aged 60 years and older who were treated with ustekinumab (n = 83) or vedolizumab (n = 42) for Crohn’s disease at 4 hospitals in the UK.

Each patient was treated with a standard induction regime for either treatment, as well as maintenance dosing of 8 weeks in the vedolizumab cohort and 8 or 12 weekly doses for the ustekinumab cohort.

The team then used propensity score-matched analysis weighted by the inverse predicted probability of treatment weighing to adjust for confounders.

Finally, they performed a logistic regression analysis to assess the factors connected to serious infections and treatment persistence.

The results of the propensity adjusted cohort show the rate of seriousinfection and treatment persistence was comparable between the 2 treatments.

Both cohorts had a significant reduction in HBI at 6 and 12 months compared to baseline.

However, there were some demographic trends identified.

On the other hand, baseline HBI score was negatively associated with 12-month treatment persistence.

After conducting the Cox regression analysis, the investigators found no overall difference in treatment discontinuation-free and serious infection-free survival by month 12.

“We observed comparable safety and effectiveness for ustekinumab and vedolizumab in treating elderly [Crohn’s disease] patients,” the authors wrote.

The study, “Ustekinumab and Vedolizumab Are Equally Safe and Effective in Elderly Crohn’s Disease Patients,” was published online in Digestive Diseases and Sciences.