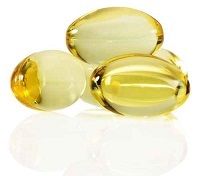 A vitamin D deficiency makes chronic obstructive pulmonary disease (COPD) worse, according to Nele Heulens, of Katholieke Universiteit Leuven in Belgium, and several colleagues. The results of their study were published in Respiratory Research on September 16, 2015.

Both vitamin D deficient and a control group of mice were divided into two groups: those exposed to cigarette smoke, and those exposed to ambient air. Both subacute (6 weeks) and chronic (12 weeks) cigarette smoke exposure were tested. The researchers measured lung function, the structures of the airways and lungs, and performed an analysis of the cellular infiltrate and lung parenchyma/

Previous studies have shown that vitamin D has both anti-inflammatory and antimicrobial effects. This study aimed to show that a vitamin D deficiency has a direct influence on the pathogenesis of a murine model of subacute and chronic cigarette exposure. Lack of vitamin D accelerates the loss of lung function, and increases inflammation in mice exposed to cigarette smoke. The researchers suggest that “large preventive trials assessing the effect of vitamin D supplementation on COPD onset” could provide more insight into the role of vitamin D in patients with COPD.