A new study which considered the suggested association between type 2 diabetes and vitamin D deficiency did not show a statistically significant reduction of patient risk. 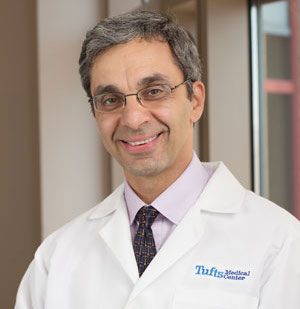 Vitamin D supplementation may not significantly influence type 2 diabetes (T2D) among patients at high risk for the condition, according to new study results.

A trial presented at the American Diabetes Association (ADA) 2019 Scientific Sessions in San Francisco, CA showed that a daily vitamin D3 supplementation—meant to treat insufficiency&mdash;had no significant benefit for reducing T2D risk than placebo. The findings buck against a past decade’s worth of research showing that lower vitamin D levels could be a potential risk factor for T2D, and that treating the former could influence its association with the latter.

Primarily sponsored by the National Institute of Diabetes and Digestive and Kidney Diseases, a team of investigators led by Anastassios G. Pittas, MD—of the Division of Endocrinology, Diabetes, and Metabolism at Tufts Medical Center&mdash;conducted a randomized, placebo-controlled trial assessing the time-to-event association between daily 4000 IU vitamin D3 and new-onset diabetes.

The author list for the published results included the late James H. Ware, PhD, former associate dean for Clinical and Translational Science at the Harvard TH Chan School of Public Health and a renowned investigator in the field of air pollution-associated health.

The 1211 patients randomized to vitamin D received 4000 IU daily, regardless of baseline serum 25-hydroxyvitamin D levels, while the 1212 other patients received placebo. Investigators observed for a time-to-event for diabetes, with a trial target of 508 diabetes events.

Investigators chose 4000 IU dosing for vitamin D to align with the currently recommended upper intake level intended to avert potential patient toxicity. They noted that 8-10 participants had a baseline serum 25-hydroxyvitamin D level considered sufficient based on current recommendations, as vitamin D has been used increasingly by the US adult population.

At 24 months, patients administered vitamin D supplementation reported significantly greater increases in serum 25-hydroxyvitamin D levels—from 27.7 ng per mL at baseline to 54.3 ng, versus placebo group’s increase from 28.2 ng per mL to 28.8 over the same time.

Vitamin D supplementation was also associated with no significant difference in adverse effects—hypercalcemia, a fasting urine ratio of calcium:creatine >.375, low estimated glomerular filtration rate, and nephrolithiasis were all focuses of safety across both treatment groups.

Pittas and colleagues prosed whether the overall rising use of vitamin D supplements in the US adult population could have lessened the observed benefits in reducing diabetes risk.

“Response to a nutritional intervention depends on nutritional status at baseline; thus, if vitamin D has an effect on diabetes prevention, persons with a higher baseline level of serum 25-hydroxyvitamin D would be expected to have less effect from supplementation than those with a lower baseline level,” investigators wrote.

Based on the combined findings of this trial and a pair of simultaneous international trials assessing vitamin D supplementation’s association with T2D, the team maintained that supplementation could still possibly decrease diabetes risk—albeit for at-risk patients and at a smaller effect size.

Future trials would have to particularly assess for risk benefits summing approximately 10% to 15%, investigators wrote.

The study, “Vitamin D Supplementation and Prevention of Type 2 Diabetes,” was published online in the New England Journal of Medicine.