Virtual reality devices are proving to be practical and convenient way of screening for and monitoring glaucoma.

The findings, published on ARVOLearn due to the cancellation of the 2020 Association for Research in Vision and Ophthalmology (ARVO) annual meeting, suggested that VR devices were a practical and convenient way of screening for and monitoring glaucoma in settings where standard automated perimetry was unavailable or impractical.

Resource-poor settings typically do not perform visual field testing due to lack of access to standard automated perimetry, Celestine Gregerson, BS, said during the presentation of the study findings. Such devices require a significant amount of time and money from both the patient and operator.

Gregerson, a fourth-year medical student from the University of Utah School of Medicine, and a team of investigators evaluated the usability of a portable VR perimeter in resource-poor outreach clinics where standard automated perimetry was unavailable. The team included 56 adults from such clinics in Utah and Tanzania.

Of the 56 patients included, 33 had a history, suspicion, or risk factors for glaucoma. The other 23 patients were randomly selected. A technician conducted visual field testing using a head-mounted VR device with a smartphone-based software interface. The results were available to the ophthalmologist.

Following the screening, patients and operators answered anonymous questionnaires about their experience using a 0-5 Likert scale. The physicians also assessed test reliability, scotoma mapping, and clinical utility of the results.

The test was reliable 79% of the time, according to physicians. What’s more, physicians felt a true visual field defect was seen 34% of the time and that results helped make a diagnosis or management decision in 70% of cases. Among those only in the glaucoma group, the numbers were 74%, 53%, and 81%, respectively.

“We designed the study in this manner to better capture physician sentiment and understand the reasoning behind their ratings,” Gregerson said during the presentation.

Patients, technicians, and physicians all reported positive experiences with the device and its settings.

The findings suggested that VR devices could be practical and convenient for visual testing in low-resource outreach settings when standard automated perimetry is not available.

The study, “Usability of a Portable Virtual Reality Device for Visual Field Screening in Outreach Settings,” was published online on ARVOLearn. 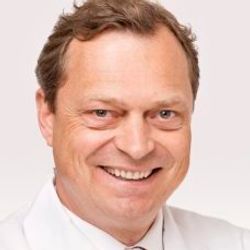