Why Do Some Patients Develop a Tolerance to COPD Drug Roflumilast?

Patients taking roflumilast for chronic obstructive pulmonary disease (COPD) may develop a tolerance to the drug with repeated dosing, causing it to be less effective over time, according to research published in the Proceedings of the National Academy of Sciences.

Researchers from Georgia State University in Atlanta investigated roflumilast and its effects on COPD patients. Roflumilast was approved for the treatment of COPD by the US Food and Drug Administration in 2011 and was the first entry in new drug class for this indication. Roflumilast (marketed as Daliresp) is used to decrease the frequency of flare ups and/ or worsening symptoms in patients with severe COPD.

Roflumilast was originally designed to inhibit the enzymatic activity of the PDE4 protein, but the researchers determined that the drug also increases the production of the PDE4B2 protein, which increases inflammation.

“There is clinical evidence showing that patients could develop a tolerance if they keep taking repeated dosing of this drug, but why or how has been unknown,” explained study author Jian-Dong Li in a press release. “If we can figure out why people have a tolerance, we can probably improve the therapeutics.”

The researchers believe that even at high concentrations, roflumilast is unable to completely suppress inflammation because it does not suppress inflammatory response independent of enzymatic activity. A good analogy would be to imagine a fire extinguisher that, in the course of putting out a fire, also provides further flammable material, Li commented.

“We found there is some inflammatory response which cannot be suppressed by the drug because it has little to do with the enzyme activity,” Li said. “The patient keeps taking the drug and over time, you give more drug and you produce more target protein, which is even more counterproductive for suppressing inflammation. Over time, we develop a tolerance.” 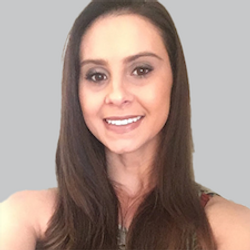