A few weeks ago I blogged how great it was to sleep in on a Saturday. Well, this past Saturday was different.

A few weeks ago I blogged how great it was to sleep in on a Saturday. Well, this past Saturday was different. Elke and I had gone to a get-together Friday night at a mall-based hangout, and you know how that can be. But my staff, who were also there, and I were at the office at 8:00AM the next morning.

The first patient was a mid-60s male who was sure his abdominal pain was the same as four years ago when he was successfully treated for H. pylori. I didn’t think it was, but I DO listen to my patients. I was able to get an ultrasound, which failed to show gallstones, and I gave him a prescription for a PrevPac to fill and start taking, pending the outcome of his H. pylori breath test.

A 27-year-old male came in to discuss his normal sleep study, gotten because his girlfriend complained about his snoring. The test did not reveal apnea, but he was convinced it was not an adequate test because he had to sleep in a t-shirt and different underwear, and heard noises next door to the sleep lab. He was sure he had slept only thre hours, but the test indicated he had actually slept for just over five hours. I told him I would speak to the director of the lab.

I had to explain to a 20-year-old what it meant to have positive high-risk and low-risk HPV, with a normal Pap, plus the fact that she had a yeast infection. That wasn’t easy. She had a normal Pap, without HPV, in February 2009. She had only one sexual partner, the same guy since the summer of 2009. I actually told her to Google “HPV” and she would get a better explanation of it than I could give her in the short office visit. You know, you can Google ANYTHING! I told her that we would treat her yeast infection, repeat the Pap in six months, and there was a good chance her body would clear the infection. I just wasn’t quite sure that she was getting what I was explaining.

And try convincing someone that a chest x-ray showing a granuloma and minimal atelectasis is probably nothing to worry about.

Also on hand was a male patient, about 60, who has had a problem when it comes to pleasuring himself… not that there’s anything wrong with that… but he does it to the point of causing genital pain. I checked his prostate, treated him for dysuria, and even put him on antibiotics in an all-out effort to quell his symptoms. He was also seeing a therapist about it, but unfortunately the therapist just closed his practice (not related to his problem, the patient assured me). I told him to get a grip on things (no pun intended) and quit the habit for a week and see what happens.

And lastly, an early 50s female who has had Pap smears every year since 2006, but has failed to get mammograms despite being given eight prescriptions for one since that time. Finally, her recent MMG showed a mass, which turned out to be malignant. I told her that with my limited knowledge of the subject, I would suspect that she’d probably need a mastectomy and possibly chemo or radiation, depending on further lymph node biopsies. Her one node biopsy was negative, but with invasive ductal carcinoma, things didn’t look good. I suggested seeing an oncologist and surgeon for further evaluation, but I’m sure my outlook was not promising. She wanted to go to the local cancer center for evaluation and we told her we’d get the referral. On the way out she pulled my medical assistant aside and told her that she thought she was going to get another PCP, that she was upset that I didn’t seem more optimistic and hadn’t pushed her to get her mammogram earlier. My MA reminded her that she had had 8 prescriptions for one since 2006 and that we weren’t there to take her by the hand to the diagnostic center. I thought that might happen. 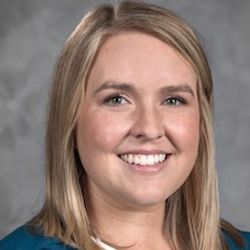 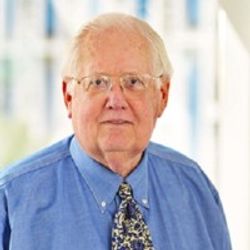