Younger members of minority and ethnic groups are being diagnosed with more advanced stages of colorectal cancer than non-Hispanic whites. 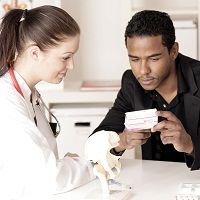 Younger members of minority and ethnic groups are being diagnosed with more advanced stages of colorectal cancer than non-Hispanic whites.

Jamal Ibdah, MD, PhD, professor of medicine and Raymond E. and Vaona H. Peck Chair in Cancer Research, Missouri School of Medicine, and lead study author, and his colleagues analyzed the prevalence, stage, and survival rates for colorectal cancer diagnoses in the US based on race and ethnicity from 1973 to 2009.

Ibdah noted that minorities below the age of 50 had double the chance of being diagnosed with colorectal cancer compared with non-Hispanic whites.

The team attributed their discovery to several issues like hereditary and environmental factors, diet, and lifestyle. Furthermore, advanced stage diagnosis among minorities could be influenced by lower screening rates, lower income levels, and reduced access to education and healthcare.

Ibdah remarked, “While we know the risk of developing colorectal cancer increases with age, little is known abut its prevalence within various minority and ethnic groups. Hispanic, Asian, Pacific Islander, American Indian, Alaska Native, and African-American populations are the fastest-growing racial and ethnic minority groups in the US Having the most accurate statistical data is critical to providing cancer prevention and control programs for these groups. “

“Regular screening for colorectal cancer is essential for prevention and early diagnosis. Our findings suggest a need for further studies to examine current guidelines for all minority groups in the US and the development of possible new interventional strategies,” concluded Ibdah.