Merck's Zepatier is a once-daily pill prescribed over 12 or 16 weeks and is approved for treating patients with hepatitis C genotype-1 and genotype-4. 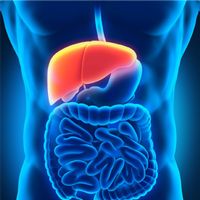 The US Food and Drug Administration last week approved a new drug by pharmaceutical giant Merck to treat chronic hepatitis C in patients with the most and least common two genotypes.

In two separate releases Thursday, the FDA and Merck announced approval of the drug that will be marketed in the US as Zepatier. Merck submitted its drug application in June of last year and was granted breakthrough therapy designation by the FDA, which served to accelerate the review process.

“Today’s approval provides another oral treatment option for patients with genotypes 1 and 4 HCV infections without requiring use of interferon,” Edward Cox, MD, director of the Office of Antimicrobial Products in the FDA’s Center for Drug Evaluation and Research, states in the FDA release.

Chronic infection of the hepatitis C virus inflames the liver and can lead to severe liver damage or liver failure. Many people with the disease have no symptoms for years until the damage becomes apparent, states the FDA release.

The president of Merck Research Laboratories, Roger Perlmutter, said in the company release that Zepatier’s approval is a testament to his company’s commitment to improving therapy for patients who are infected with hepatitis C. The company expects to begin shipping drug to wholesalers within seven business days.

“Continued innovation is needed to help address the worldwide epidemic of chronic hepatitis C virus infection,” Perlmutter said. “Our clinical program was designed to study a broad range of patients infected with the hepatitis C virus, including difficult-to-treat patients such as those with stage 4 or 5 chronic kidney disease.”

Merck officials noted in the release that price constraints have prevented most people with HCV from getting treatment.

“After considering these factors, Merck has established a list price of $54,600 for a 12-week regimen, which the company believes to be in the range of net prices for other commonly used HCV direct-acting antiviral regimens at 12 weeks of therapy,” the release states. “Merck anticipates that this price, as well as our comprehensive access strategy to seek broad coverage across commercial and public segments, will help broaden and accelerate patient access to treatment and move us closer to our shared goal of reducing the burden of chronic HCV in the US.”

Zepatier is a once-daily pill prescribed over 12 or 16 weeks and is approved for treating patients with hepatitis C genotype-1 and genotype-4, the most common and least common hepatitis C subtypes, respectively. The drug is a fixed dose combination tablet containing 50 mg of elbasvir, an NS5A inhibitor and 100 mg of grazoprevir, a NS3/4 protease inhibitor, according to the Merck release.

Merck’s FDA submission included safety and efficacy data from several clinical trials involving a total of 1,373 participants who took Zepatier once daily for 12 or 16 weeks. The trials were designed to measure each patient’s sustained virologic response (SVR) at 12 weeks after treatment ended.

When a patient achieves SVR, it means that the virus is no longer detected in the blood and is typically considered a cure. Overall SVR rates ranged from 94% to 97% among patients with HCV genotype-1 and 97% to 100% for those with genotype-4. Common side effects of Zepatier included fatigue, headache and nausea and anemia depending on whether it was given with or without ribavirin.

Zepatier includes a label warning that elevations of liver enzymes to greater than five times the upper limit of normal occurred in about 1% of clinical trial participants. The FDA states that liver-related blood tests should be performed before treatment begins.