A Roadmap to Lower a1c Control May Have CV Benefits 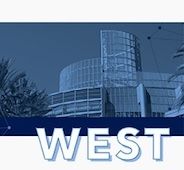 Ashok Balasubramanyam, MD, was biting off a broad topic at the Pri-Med West conference in Anaheim, California. Balasubramanyam’s talk revolved around type 2 diabetes, specifically asking whether or not improving glycemic control can prevent complications like cardiac disease and stroke, in addition to detailing what major trials have shown for different drugs’ ability to lower h1bA1c.

“The goal of diabetes management is not simply to achieve good glucose level, it’s to prevent complications,” he began. He then lauded two studies that were both approaching their 20th anniversaries but both still yielding important follow-up data. For type 2 diabetes, he evoked the United Kingdom Prospective Diabetes Study (UKPDS), and for type 1 he mentioned the Diabetes Complications and Control Trials (DCCT).

“Both of these large cohorts have shown us that if you manage to get the hemoglobin A1c down to 7% or less, you can certainly reduce microvascular complications long term,” he said. The benefit of those risk reductions, he said, were shown to be immediate. As far as macrovascular complications went, differences did emerge, but they took much longer.

Using data from the EDIC study, which was the long-term follow-up to the DCCT, he showed a graph of a1c levels in which the lines representing the tightly-controlled group and the regular treatment group eventually converged, as the formerly tightly-controlled group reverted back to normal care and corresponding a1c levels. But in a second graph, there was a large divergence over time, starting around 8 to 10 years, in which members of the once-intensely-controlled group maintained lower rates of cardiovascular events as the rate among those who had received normal treatment throughout began to rocket up.

“The vascular organs somehow retain the memory of having previously been in excellent control,” he said. “Attaining excellent glycemic control, even if just for a relatively short period of time, 4, 5, or 6 years, seems to have excellent benefits. This alone, if nothing else, should make us not lapse into a sort of inertia, saying ‘oh well, it’ll take a long time to get benefit,’ getting good glycemic control for as long as you can is certainly beneficial.”

In the UKPDS for type 2 diabetes, sustained benefit was seen to emerge in the once again even after a1c levels flattened to a mean, according to Balasubramanyam. That trial followed patients on monotherapies, namely sulfonylurea and metformin, rather than combinations. The sustained reduction in diabetes-related endpoints at 10 years in the metformin group was 21%, compared to 9% in the sulfonylurea group, according to a study published in The New England Journal of Medicine in 2008.

Under the pretense that these trends spell reduced longterm complications in both diabetes types, Balasubramanyam followed with a rundown of the available therapies and how recommendations prioritize them. Metformin as a monotherapy is considered the first step, with an expected capability of lowering a1c by 1.0-2.0%, and other drugs added one by one if response is insufficient. Somewhere between 6 and 10% of patients, however, may not be able to tolerate it due to complications with renal function. For such patients, he says to simply start them on the next step, which would by sulfonylurea.

From there, it is recommended to tack on thiazolidinedione (TZD) treatments, the glitazones, which can have a strong 1-1.5% lowering effect on a1c, but complications that may “dampen our enthusiasm,” as Balasubramanyam put it. Alpha glucosidase inhibitors can follow, though their impact on a1c is much more modest. “Not terribly popular drug, but in certain patients it might be just enough to get them to the threshold that you want,” he said.

The glucagon-like peptide-1 (GLP-1) receptor agonists were portrayed in the presentation as the new hot commodity, thanks to their “fantastic marketing.” “The oral ingestion of glucose gives a much more profound effect of insulin secretion than does intravenous,” he explained, noting a potential anticipatory neurological effect related to eating, and the drugs go to work when those neurological signals come down, which make them “a very beautiful way to smooth out metabolism.” They include exenatide, liraglutide, and dulaglutide and have the potential to drop a1c by about 1% on average and may cause some beneficial weight loss, but their cost may be prohibitive.

Dipeptidyl peptidase-4 (DPP-4) inhibitors, which Balasubramanyam called the “coudins” of the GLP-1 receptor agonists, fall next in the recommendations, followed by the new SGLT2 inhibitors and insulin.

“This is not rocket science by any means,” says Balasubramanyam on the tiers of treatment, “it really is a matter of practical application of drugs based on their mode of action and cost and so forth,” he said. Lifestyle interventions, regarding exercise and diet, should always be among the first “prescriptions” in attempting to control a1c, before stacking a series of drugs on top.

Dr. Balasubramanyam detailed the ongoing GRADE trial, currently enrolling and being run by the National Institutes of Health, which takes patients already on metformin but not responding enough, and randomizes them along that roadmap in a time-to-failure trial. Enrollment ends next month, and the full cohort will be 5,000.

The importance of determining the best, safest, and most cost-effective combinations of therapies to lower a1c is important, he says, for mitigating potential long-term complications of diabetes, given that the vast majority of type 2 diabetes patients die from cardiovascular causes.