The drug is now approved for psoriatic arthritis treatment in adults.

The US Food and Drug Administration has approved the use of modified antibody abatacept (ORENCIA, Bristol Myers Squibb), for the treatment of Psoriatic Arthritis in adults.

This is abatacept’s second approval in less than a month, and third since its initial approval in 2005. It received a green light from the FDA on June 8th to be administered in subcutaneous injection in patients ages 2 and up for the treatment of moderate to severe active polyarticular juvenile idiopathic arthritis, and was first approved more than a decade ago for the treatment of rheumatoid arthritis.

The most recent approval was based on results from two randomized, double-blind, placebo-controlled trials in which abatacept improved disease activity in both TNF-native and exposed patients with high disease activity, high tender and swollen joints, and a disease duration of more than seven years.

The two trials, named PsA-I and PsA-II, assessed 594 adult patients who had Psoriatic Arthritis despite prior treatment with DMARD therapy, and who also had one qualifying psoriatic skin lesion of at least 2 centimeters in diameter.

The primary endpoint of both studies was the proportion of patients achieving ACR 20 response at week 24.

“This approval underscores the efficacy of ORENCIA in adult patients with active Psoriatic Arthritis, who have been in need of new treatments,” said Brian J Galvin, Vice President, ORENCIA Development Lead at Bristol-Myers Squibb. 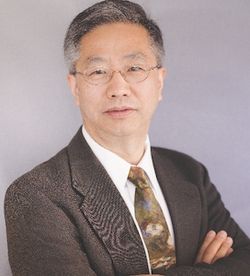