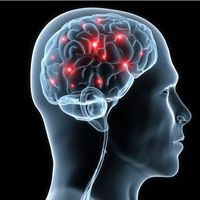 Research from the New York University (NYU) Langone Medical Center suggests that early prolonged exposure and cognitive therapy appears to accelerate recovery from acute post-traumatic stress disorder (PTSD). The effect of these treatments, however, remained stable and did not reduce the three-year prevalence of PTSD when compared with concealed selective serotonin reuptake inhibitor (SSRI) or placebo.

While the majority of patients with PTSD recover following early treatment, some still suffer from the disorders for years after a traumatic event even with early clinical interventions, say the study authors in the April 12, 2016 online issue of The Journal of Clinical Psychiatry.

For the study, Arieh Y. Shalev, MD, the Barbara Wilson Professor in the Department of Psychiatry at the NYU Langone Medical Center, and a co-director of NYU Langone’s Steven and Alexandra Cohen Veterans Center, and colleagues randomized 232 adults admitted consecutively to the hospital with acute PTSD between June 2003 and October 2007 to 12 weeks of prolonged exposure or cognitive therapy or concealed SSRI versus placebo. Participants who declined treatment were followed as well. Treatment started one month after the traumatic events, and participants were reassessed five and 36 months later.

Participants who received prolonged exposure and cognitive therapy experienced a significant reduction in symptoms by five months (61% when compared with other groups), and symptoms remained low for this group for three years. However, the other groups, including those who declined treatment, reached the same level of low symptoms by three years. So, while early prolonged exposure and cognitive therapy significantly shortened the time to recovery, they did not reduce the three-year prevalence of PTSD.

“We assume that people living in an otherwise stable environment would have better conditions for long-term recovery than individuals who experience lengthy wars or live in a constant state of violence,” said Shalev.

“This might explain part of their spontaneous recovery without initial treatment. However, what this study tells us at its core is that there is a significant public health challenge ahead. Individuals continually expressing initial PTSD symptoms, and who are resistant to early treatment, should be the focus of future research. They are the ones who remain chronically distressed and disabled, and require care long after their traumatic incident. We need to find ways to identify these subjects, increase the early favorable responses to existing treatment, and find new ways to reduce the long-term burden of PTSD,” he said.