Several studies point to the links between prenatal exposure to painkillers and increased risks for ADHD and autism symptoms. 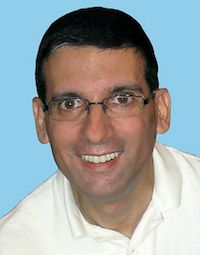 A bottle of ibuprofen or acetaminophen might be a go-to answer to headaches, pains, or fever, but expectant parents should be aware of the possible associated risks for the child, including attention deficit hyperactivity disorder (ADHD), autism symptoms, and infertility.

A study from researchers at the Hebrew University of Jerusalem reported that prolonged acetaminophen drug use during pregnancy was associated with an increased risk of autism spectrum disorder (ASD) and ADHD among exposed offspring.

Despite the researchers’ findings of an increased ASD and ADHD risk among exposed offspring, acetaminophen continues to be used among pregnant women for pain and fever treatment in an effort to protect the developing fetus.

“The current study reminds all of us that acetaminophen is a drug and as any drug should be used only when clinically justified,” lead study author Ilan Matok, PhD, of the School of Public Health at Hadassdah-Hebrew University, Jerusalem, Israel, told MD Magazine.

In addition to that study, researchers in the United Kingdom found that prenatal acetaminophen use at 18 and 32 weeks increased the likelihood for behavioral issues. The risk ratio was 1.42 for conduct problems and 1.31 for hyperactivity symptoms.

Ibuprofen, a common alternative to acetaminophen, has also been found to have some risks. In this case, the effects were seen in female offspring of mothers who used the painkiller during pregnancy.

In a study of the development of ovarian tissue from fetal samples, researchers found that exposure to ibuprofen for 2, 4, or 7 days led to a dramatic loss of about 50% of germ cells that become the follicles from which reproductive egg cells develop.

Study author Séverine Mazaud-Guittot, PhD, a researcher at the French National Institute of Health and Medical Research (INSERM) in Rennes cautioned against overreactions saying that fetuses may be able to recover from this early setback.

“Pain or an untreated fever can be worse for the baby than a short treatment with ibuprofen,” she added.

Another study found a link between gestational acetaminophen (paracetamol) exposure and infants’ increased risk of ASD symptoms. This cohort study found that over 40% of mothers used the over the counter painkiller during pregnancy and that the increase in autism symptoms was significantly greater in exposed boys than in girls.

“Given our findings… we should consider how we can take public health measures to minimize the use of acetaminophen during pregnancy when there is no clinical justification,” cautioned Matok.

Doctors and patients must weigh the benefits and risks of any pain medication during pregnancy. However, certain painkillers can pose problems even if taken before becoming pregnant.

A study by the Centers for Disease Control and Prevention (CDC) found that women who used prescription opioid painkillers just before or during early pregnancy were about 2 times as likely to have a child with hypoplastic left heart syndrome as women who didn’t take opioids.

Additionally, the CDC found that 2-3% of mothers interviewed had taken prescription opioids, most commonly codeine and hydrocodone, during that pre-pregnancy or early pregnancy timeframe.

However, most expectant mothers need solutions for more common aches and pains. For most pregnant women, Matok says the benefits of reducing fever or pain outweigh the risks.

“As a physician, I would continue recommending pregnant women to take acetaminophen for treatment of fever or pain, as this is still a relatively safe drug and the drug of choice,” said Matok.