May 4, 2016
Ellen Kurek
Conference|Association for Research in Vision and Ophthalmology

Non-destructive imaging and functional assessment of retinal structures formed from human stem cells confirms their similarity to the adult retina. 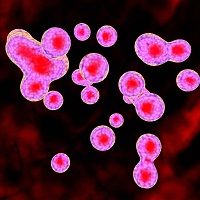 One obstacle to moving stem cells from the lab to the ophthalmology clinic has been an inability to view the structures these cells form and to assess how individual cells function in them without destroying them in the process. Because non-destructive imaging and functional assessment methods are needed to control cell quality and maximize production efficiency, these methods must be developed before stem cells can be used widely to treat retinal degeneration and screen eye drugs.

This week Andrew Browne, MD, PhD, of the Cleveland Clinic’s Cole Eye Institute reported on work he did last year at the University of Southern California (USC), Los Angeles. With Children’s Hospital of Los Angeles, Browne’s USC team tested several advanced methods for imaging retinal structures grown from human embryonic stem cells (hESC). Browne reported the results of these tests at the Association for Research in Vision and Ophthalmology (ARVO) Annual Meeting in Seattle, WA, on May 3, 2016. The team’s results were also published in an abstract included in the ARVO proceedings.

The development of retinal spheroids into sophisticated layered structures over time was the focus of the investigation. hESC can be induced to form such spheroids, which are composed of an empty core surrounded by several layers including a surface layer of photoreceptor cells. These spheroids are being developed for use in tissue engineering aimed at preventing or treating vision loss.

The researchers explored a range of imaging techniques that helped them to detect the structural changes that occurred in retinal spheroids as they developed. Each technique also provided insights on photoreceptor organization and metabolic activity. For example:

Based on their investigations, the USC team concluded that “our retinal spheroids have both structure and metabolic activity that resembles the adult retina.” Their conclusion indicates that using stem cells for tissue engineering may become a successful approach to the prevention and treatment of vision loss.