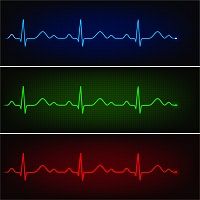 In a study published Jan. 13 in Circulation: Arrhythmia and Electrophysiology Ayman Hussein, MD, and colleagues assessed two-year outcomes for 1,241 patients undergoing first-time ablation for persistent AF. Patients with paroxysmal AF were excluded. Patients had to have failed at least one antiarrhythmic medication to be included in the study.

They gave patients echocardiograms and measured B-type natriuretic peptide and C-reactive protein before procedures. The median time between the patients’ getting a diagnosis of AF and having and ablation procedure was three years.

The procedure was done under an AF ablation protocol that involved continuing therapeutic anticoagulation. Doctors used a phased-array intravascular ultrasound catheter placed in the right atrium to assist with performing trans-septal punctures, guide catheter location and manipulation with then left atrium, and monitor for complications.

The end point of the procedures was complete isolation of the pulmonary veins and superior vena cava and demonstration of absence of LA triggers in sinus rhythm.

The team found that the longer patients waited to get the procedure, the poorer the outcome.

The researchers divided the study population using the time intervals between first persistent AF diagnosis and ablation. Those time quartiles were less than 1 year, 1.1 -3 years, 3.1-6.5 years, and more than 6.5 years.

The findings did not differ with patients’ age, sex, and risk factors for recurrence, the team found.

The percentage of patients who had a recurrence dropped slightly to 54.6% after 6.5 years.

“In patients with persistent AF undergoing ablation, the time interval between the first diagnosis and the catheter ablation procedure had a strong association with the ablation outcomes,” they concluded.

Shorter diagnosis-to-ablation times “were associated with better outcomes and in direct association with markers of atrial remodeling,” they noted.

The authors are hopeful that their study might change standard practice in treating persistent AF. The heart ailment affects about 2.7 million people in the US.