The clinical features of microscopic colitis may overlap with those of ulcerative colitis and other bowel conditions.

The incidence of microscopic colitis, inflammation of the colon associated with diarrhea, appears to be increasing, with proper diagnosis and management essential for improved outcomes, according to research presented at the 2010 Advances in Inflammatory Bowel Diseases, the Crohn's & Colitis Foundation's Clinical & Research Conference, being held December 9-12 in Hollywood, FL.

William J. Tremaine, MD, Professor of Medicine at the Mayo Clinic College of Medicine, Rochester, MN, discussed key factors in diagnosing and managing microscopic colitis, including collagenous colitis (CC) and lymphocytic colitis (LC). According to Tremaine, the incidence of microscopic colitis appears to be increasing, with an incidence equal to Crohn’s disease (CD). Both CC and LC have been shown to be more common among women than men.

Clinical features of microscopic colitis include chronic watery diarrhea, with a gradual or sudden onset, which can occur intermittently or continuously and is accompanied by cramping and/or weight loss. Upon physical examination, patients may appear normal, with weight loss and dehydration. Therefore, clinicians should exclude palpable mass, focal tenderness, bruits, and perianal disease. Upon colonoscopy, a patient’s mucosa may appear normal or have patchy erythema, granularity, and edema.

Microscopic colitis may result from the use of proton pump inhibitors (PPIs) including lansoprazole, esomeprazole, and omeprazole. If patients develop microscopic colitis while taking PPIs, clinicians should stop treatment with the drug and find another class of drugs for these patients, as PPI use and microscopic colitis has been associated with linear lesions that can lead to bowel perforation.

According to Tremaine, results from lab studies may be confusing, as laboratory tests such as pANCA and ASCA may overlap with ulcerative colitis (UC) diagnosis and other conditions. Diagnosis of microscopic colitis should be confirmed with full colonoscopy, as 95% of microscopic colitis occurs in the rectosigmoid colon and 5% in the proximal colon.

The pathological features associated with CC include a sub-epithelial collagen band of 10 to 100 micrometers, epithelial flattening and detachment, lamina propria mononuclear cells, and intra-epithelial lymphocytes. The pathological features tied to LC include epithelial flattening and mucin depletion, lamina propria mononuclear cells, and a sub-epithelial collagen band less than or equal to 10 micrometers. While CC and LC may appear to be the same condition because they do have features that overlap, they are considered different conditions. 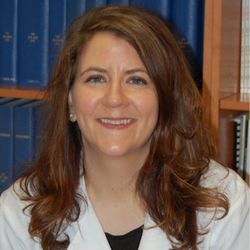 Alcohol Misuse During COVID-19 Associated with Increase in Alcoholic Hepatitis