Scientists have developed a vaccine strategy that appears to provide short-term protection from HIV in macaque models.

New research has established potentially important criteria that could serve as goal posts as researchers continue to work towards a vaccine for HIV.

Scientists from the Scripps Research Institute, in California, say they have been able to protect rhesus macaques monkeys from infection with simian-human immunodeficiency virus (SHIV) using a developmental vaccine. The protection was only temporary, but the experiment suggests that a vaccine could successfully prevent infection with HIV if it were able to meet and sustain certain conditions.

"We found that neutralizing antibodies that have been induced by vaccination can protect animals against viruses that look a lot like real-world HIV," said Dennis Burton, PhD, chair of Scripps’ Department of Immunology and Microbiology, in a statement.

The team built their strategy around the idea that HIV could be successfully attacked if antibodies bound themselves to the outer envelope protein trimer of the virus. The goal, then, was to produce such antibodies in the lab, and then train the patient’s body to produce more of the same.

In order to make that happen, the investigators leveraged a technique developed at Scripps back in 2013 to engineer trimers that are highly stable. This was important because HIV protein trimers tend to be unstable, and therefore tend to fall apart when isolated.

Using the five-year-old strategy, the team was able to insert the more stable HIV envelope trimers into a vaccine that had previously been used at the institute.

The macaques were then exposed to a Tier-2 form of SHIV. Tier 2 was chosen because, like human HIV, it is particularly difficult to neutralize. The animals with low titers quickly became infected with SHIV, but the animal with high titers were protected from infection, though the protection was only temporary.

“Since HIV emerged, this is the first evidence we have of antibody-based protection from a Tier 2 virus following vaccination," he said in a statement. However, he noted that this study is essentially a proof of concept study, and many important questions remain.

"One question now is how can we get such high titers into every animal?" he said.

Now, Burton, Pauthner, and colleagues have a sense of the level of titers necessary to protect against HIV, though they still need to figure out how to maintain high-enough levels of titers to provide long-lasting protection from HIV infection. 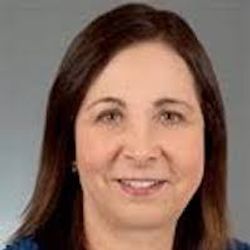