New 16-week data from the SPROUT trial show the PDE4 inhibitor may be highly efficacious in chilren and adolescents. 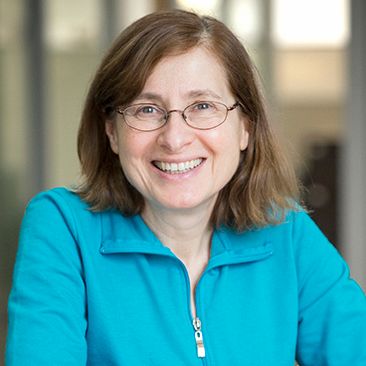 Apremilast was associated with reduced psoriasis severity among pediatric patients who previously were unable to control their disease with standard therapy, according to new data.

In findings presented at the 2022 Fall Clinical Dermatology Meeting this week, a team of multinational investigators reported that the oral PDE4 inhibitor was significantly efficacious in patients aged 6-17 years old with moderate-to-severe psoriasis, while maintaining a safety and tolerability profile to that observed in prior assessments.

The 16-week results from the phase 3 SPROUT trial would support the progression of investigation into the drug for younger patients than its current US Food and Drug Administration (FDA) indication.

Led by Loretta Fiorillo, MD, of the Stollery Children’s Hospital at the University of Alberta in Canada, investigators conducted a multi center, double-blind, placebo-controlled parallel study to analyze apremilast’s efficacy and safety in pediatric patients with moderate-to-severe plaque psoriasis inadequately controlled by or intolerant to topical steroids.

As they noted, akpremilast has already been approved practically globally for treating adults with psoriasis—as well as other inflammatory diseases including psoriatic arthritis and oral ulcers linked to Behcet’s disease.

“Since FDA approval in 2014, apremilast has consistently demonstrated a favorable benefit-risk profile in 706,585 adult patients worldwide across the approved indication,” they wrote.

The team enrolled patients aged 6-17 years old and randomized them 1:2 to apremilast 20 mg or 30 mg dependent on baseline weight, or placebo, through 16 weeks. They sought a primary endpoint of static physician’s global assessment (sPGA) response, defined as scores of 0 or 1—indicating clear or almost clear skin—or score improvements of ≥2 points since baseline at week 16.

Their trial results at 16 weeks included 163 patients administered apremilast versus 82 administered placebo. Mean patient age was 12.2 years old; 52.2% were female, and mean weight was 52.0 kg. Patients had had psoriasis for a mean duration of 4.2 years, and approximately three-fourths (75.5%) had sPGA scores of 3 at baseline. Mean PASI scores were 19.8 at baseline.

There were no significant differences in primary nor secondary endpoint achievement among apremilast patients based on patient baseline age or weight, investigators noted.

Fiorillo and colleagues observed a safety profile consistent with past assessments of apremilast; approximately two-thirds (65.0%) of treated patients reported any treatment-emergent adverse event. Two such events were deemed severe by clinical grade, and 5 patients withdrew from the trial due to an akpremilast-related adverse event. The most common burden among treated patients was gastrointestinal disorders including diarrhea.

Regardless, the team concluded that no new safety signals for the PDE4 inhibitor were observed in the pediatric population, and its significant benefit in efficacy across various age and weight groups gives promise to its potential utility in managing difficult-to-treat pediatric psoriasis.

The study, “Efficacy and Safety Results of Apremilast in Pediatric Patients With Moderate to Severe Plaque Psoriasis: 16-Week Results From SPROUT, a Phase 3, Randomized, Controlled Study,” was presented at Fall Clinical 2022.