Patients with arterial hypertension are less likely to experience death or complications when taking selexipag, according to a recent study. 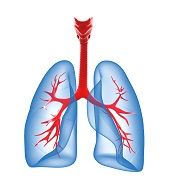 Patients with arterial hypertension are less likely to experience death or complications when taking selexipag, according to a recent study by Olivier Stibon, MD, of the French Referral Centre for Pulmonary Hypertension, Department of Respiratory and Intensive Care Medicine at the Hospital Antoine Beclere in Clamart, France, and colleagues. The study was recently published in the New England Journal of Medicine. Selexipag was approved by the Federal Drug Administration (FDA) on December 22, 2015.

The study included 1156 patients between the ages of 18 and 75 years who “had idiopathic or heritable pulmonary arterial hypertension or pulmonary arterial hypertension associated with human immunodeficiency virus infection, drug use or toxin exposure, connective tissue disease, or repaired congenital systemic-to-pulmonary shunts.” The participants were drawn from 181 centers located in 39 countries and through random assignment 582 received a placebo, while 574 received selexipag.

The researchers defined the primary end point as “a composite of death or a complication related to pulmonary arterial hypertension, whichever occurred first, up to the end of the treatment period.” They also delineated several secondary end points, including “the change in the 6-minute walk distance from baseline to week 26, the absence of worsening of WHO functional class from baseline to week 26.”

The final analysis revealed that “In this event-driven study involving patients with pulmonary arterial hypertension, the risk of the primary composite end point of death or a complication related to pulmonary arterial hypertension was lower among those who received selexipag than among those who received placebo.” Although there was no significant difference in mortality between the two groups, there were “differences in disease progression and hospitalization.”

There were limitations to this study. There was an optional post-treatment observation period in which some patients did not participate. Also, 18.9% of the participants discontinued taking either the placebo or selexipag early. The researchers suggest that “future recommendations may evolve to reflect studies of heart failure” and consider a “two-component end point as the primary outcome measure.”